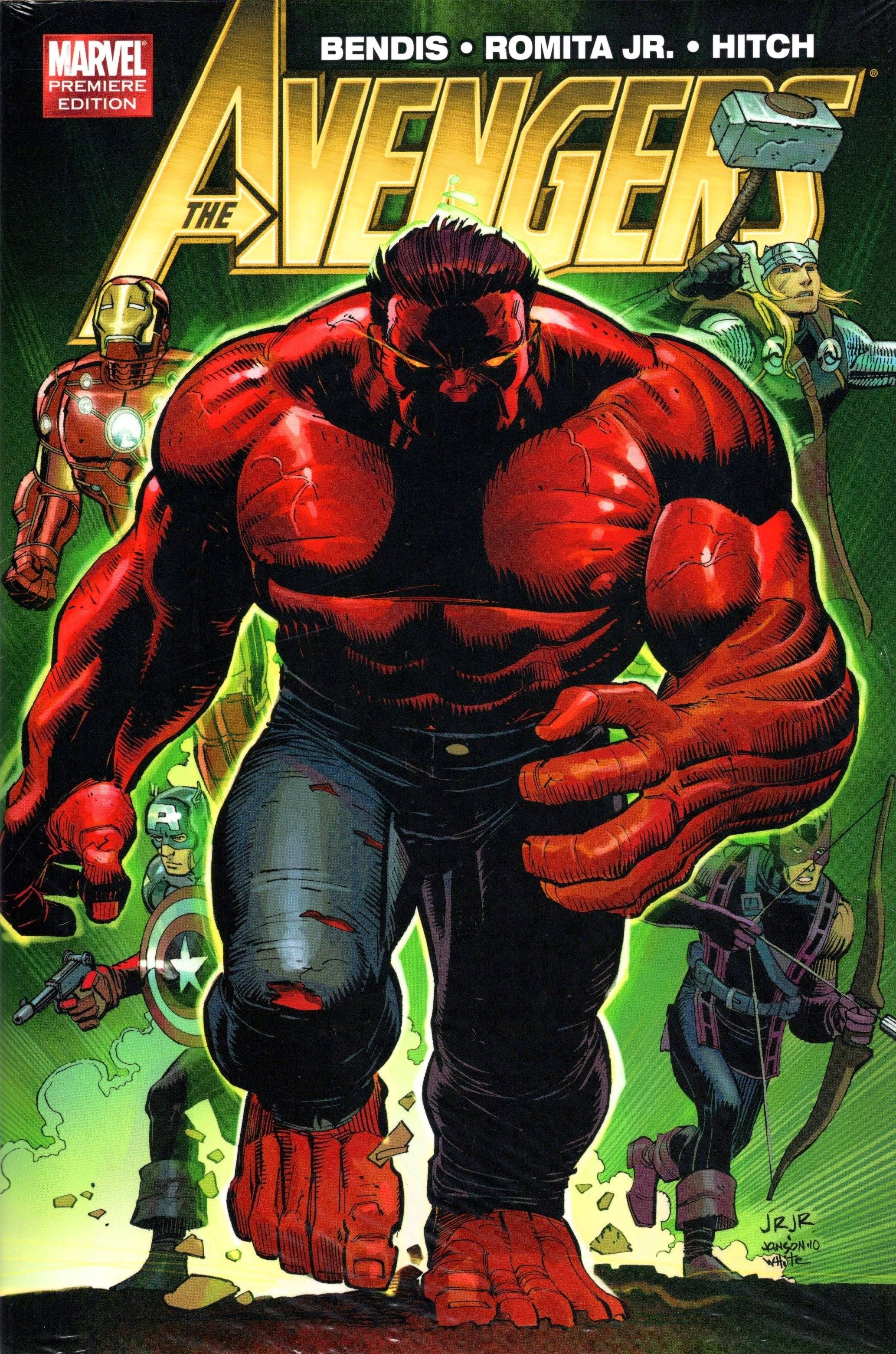 MAY110736
(W) Various (A/CA) Various
Written by BRIAN MICHAEL BENDIS
Penciled by JOHN ROMITA JR. & BRYAN HITCH
Cover by JOHN ROMITA JR.
Marvel's super-secret brain trust, the Illuminati, reunites - and the Avengers team up with the incredible Red Hulk - as the Hood makes a crazy power move to bring the Infinity Gauntlet together once more! But the Hood has no idea of the power he's toying with and who's coming to earth to challenge him for it. Plus: the Avengers vs. the Intelligencia, the return of S.W.O.R.D. and the disappearance of Spider-Woman in a prologue to the Avengers saga that will rock the entire Marvel Universe. Guest starring the New and Secret Avengers! Collecting AVENGERS (2010) #7-12 and #12.1.
168 PGS./Rated A