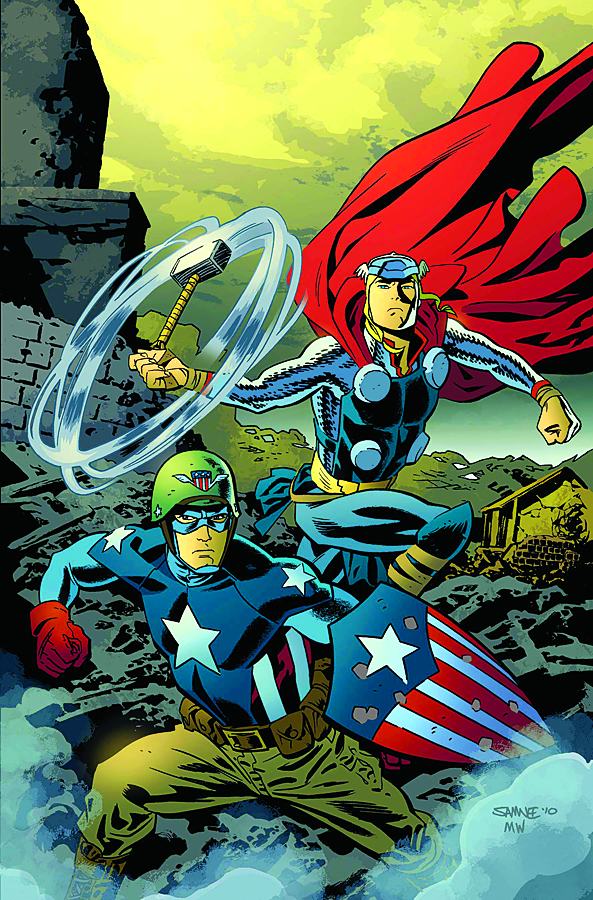 MAY110650
(W) Various (A) Various (CA) Chris Samnee
Written by PAUL TOBIN, CHRIS ELIOPOULOS, ROGER LANGRIDGE & BRIAN CLEVINGER
Penciled by PATRICK SCHERBERGER, IG GUARA, CHRIS SAMNEE & GURIHIRU
Cover by CHRIS SAMNEE
Join a rotating cast of your favorite Marvel super heroes under one roof in this giant ongoing magazine featuring all-ages adventures, with a different character spotlight every month! Spider-Man and the rest of the Marvel Universe's greatest heroes, along with Dr. Doom and team of villains, are transported to a strange world by the powerful Beyonder and forced to do battle in the Secret Wars! Lockjaw and the Pet Avengers reunite and embark on an epic quest to find their missing partner, Frog Thor! Plus: the Mighty and the Fighting Avengers, Thor and Captain America! It's the early adventures of two of the Marvel Universe's greatest heroes, fighting side-by-side to protect America and Asgard! Collecting SPIDER-MAN AND THE SECRET WARS #1, LOCKJAW AND THE PET AVENGERS UNLEASHED #1, FREE COMIC BOOK DAY 2011: CAPTAIN AMERICA/THOR and CAPTAIN AMERICA: FIGHTING AVENGER #1.
96 PGS./Rated A