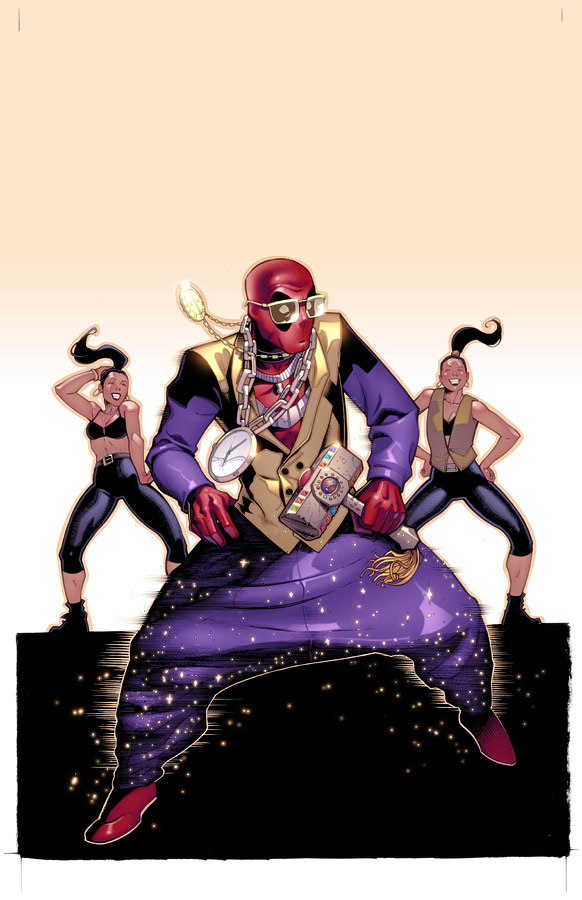 MAY110597
(W) Christopher Hastings (A) Bong Dazo (CA) Ryan Stegman
Written by CHRISTOPHER HASTINGS
Penciled by BONG DAZO
Cover by RYAN STEGMAN
FEAR ITSELF TIE-IN!
Deadpool learned well that when the world is shaken with fear, there's only one thing to do-CASH IN BIGTIME. Frightened people will pay through the nose for some security...but why should he risk his neck fighting The Worthy when he can create his own, easily-beatable hammer-wielder? Enter: THE WALRUS! A foe Deadpool can defeat with both hands tied behind his back....or can he?
32 PGS./Parental Advisory