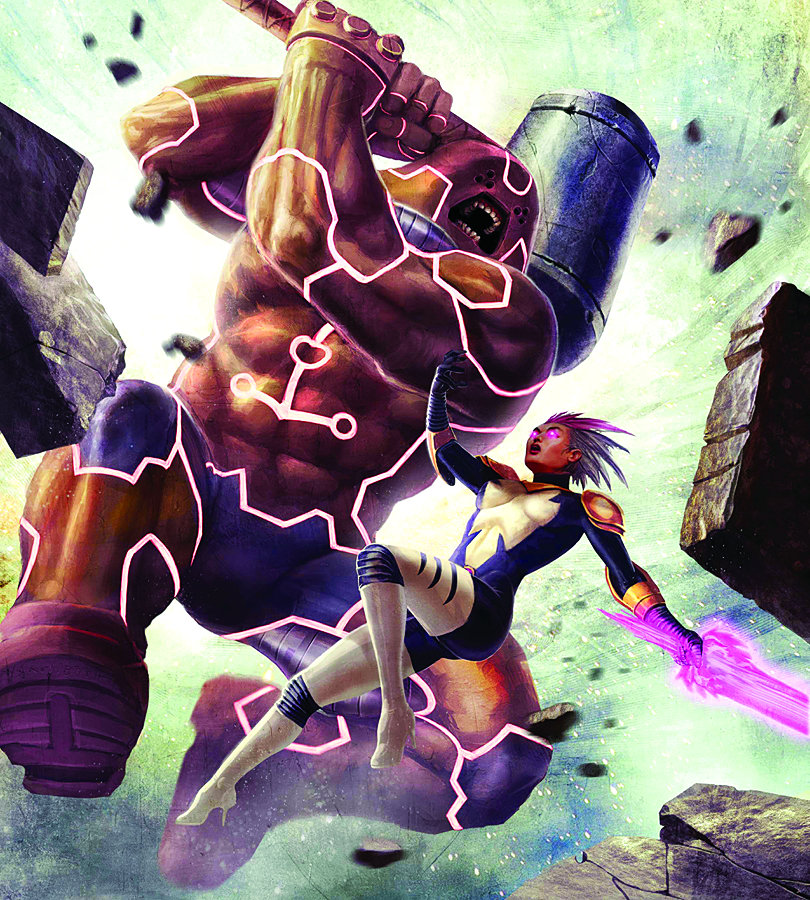 MAY110594
(W) Jeff Parker (A) Declan Shalvey (CA) Jean-Sebastien Rossbach
Written by JEFF PARKER
Penciled by DECLAN SHALVEY
Cover by JEAN-S BASTIEN ROSSBACH
FEAR ITSELF TIE-IN
The Raft prison has been destroyed. Hundreds of the most powerful criminals in the world are on the loose. But their threat is nothing compared to that of the one man who?was already unstoppable and now wields godlike power. XXXXX XXXXXX is tearing a path across the United States, obliterating everything before him-- and now the Thunderbolts are going to stand in his way. Can XXXXX XXXXXX's team stop him? Can anything...?!
32 PGS./Rated T+