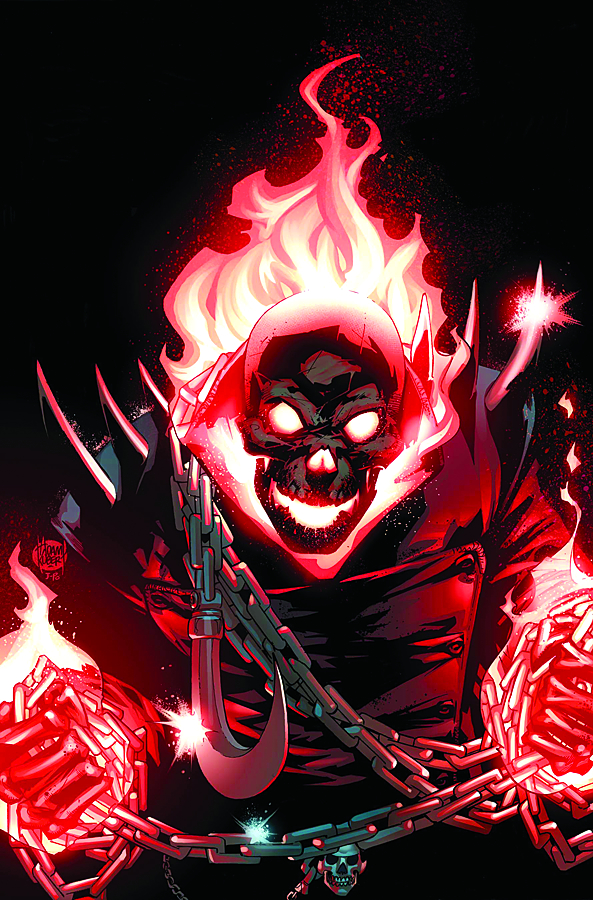 MAY110568
(W) Rob Williams (A) Matthew Clark, Valerio Schiti (CA) Adam Kubert
Written by ROB WILLIAMS
Penciled by MATTHEW CLARK
Cover by ADAM KUBERT
Variant Cover by NEAL ADAMS
Wraparound Variant Cover by Arturo Lozzi
Blank Variant Cover also available
FEAR ITSELF TIE-IN
IN THE WAKE OF "FEAR ITSELF", THE SPIRIT OF VENGEANCE GETS A NEW LEASE ON DEATH!
The hottest, most rocking thing on two wheels returns!  Start pumping your fists and banging your head for GHOST RIDER # 1, by writer ROB WILLIAMS (DARK WOLVERINE) and featuring the long-awaited return of superstar artist MATT CLARK (Outsiders, Superman, INHUMANS). Witness the violent birth of the all-new Ghost Rider...come to cleanse the earth in a firestorm of Blood, Oil, and  Vengeance! Johnny Blaze has been chained to Hell long enough. With the world thrown into chaos in the events of FEAR ITSELF he is given a chance to rid himself of the Spirit of Vengeance forever...and he takes it. The curse is passed onto a new host but Blaze has no idea what nightmares his action has wrought upon the world. Will the new Spirit of Vengeance bring us salvation...or send this world of sinners to a flaming death?
40 PGS./Rated T+