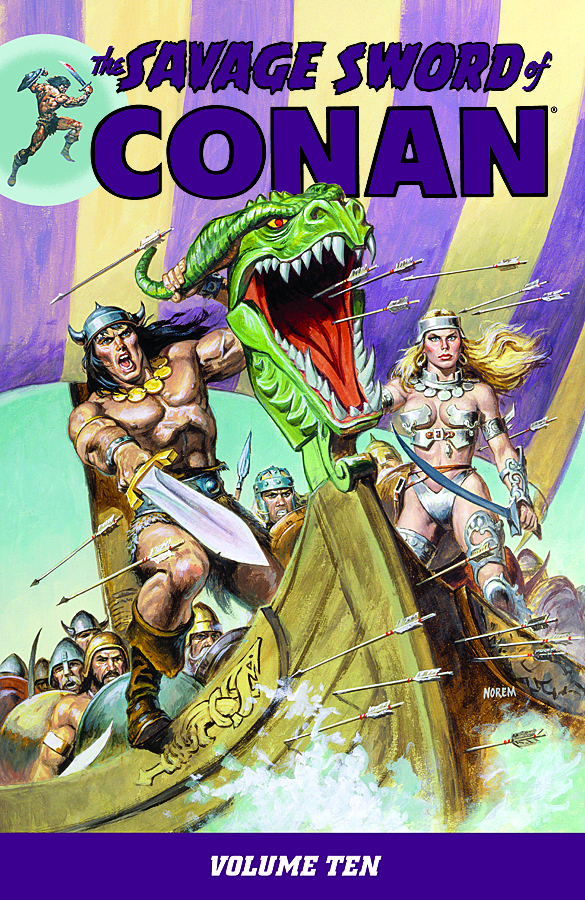 MAY110029
(W) Michael Fleisher, Don Krarr, Jim Neal, Jim Owsley, Bill Mantlo (A) Val Mayerik, Ernie Chan, Pablo Marcos, Gary Kwapisz, Bob Camp, William Johnson, Geof Isherwood, Dave Simons, Rudy Nebres, Tony Salmons, Mike Docherty, Tim Burgard (CA) Earl Norem
Conan may be the most dangerous man alive, but that means nothing to foes that are already deceased! The walled City of Life is under siege by an army of the dead and Conan is trapped inside! But how do you kill an enemy who has already died? This volume also sees the rebirth of the deadly swordsman Bor'aqh Sharaq, the return of the extradimensional Devourer of Souls, and an unlikely alliance between Conan and his brutal mirror image, King Konar!
In Shops: Sep 07, 2011
SRP: $19.99
View All Items In This Series