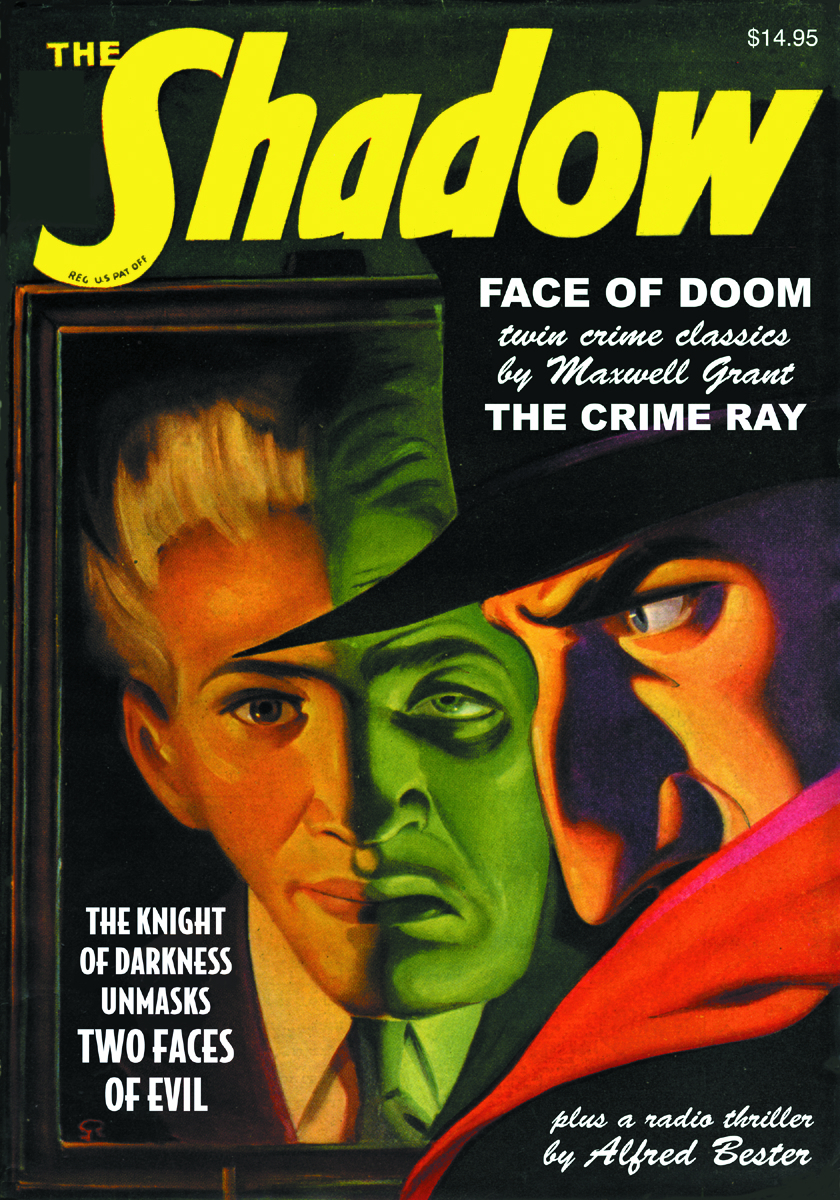 MAY101293
(W) Various (A) Various
(W) Walter Gibson, Alfred Bester
The Knight of Darkness battles criminal geniuses in two Batman-esque novels by Walter Gibson and a radio thriller by Alfred Bester. First, The Shadow wages war with the twisted-countenance crimelord called The Face. Then, Lamont Cranston is convicted and sent to prison while extortionists wage war on America's financial institutions. Plus, "The Man Who was Death," a classic radio play by Alfred Bester.