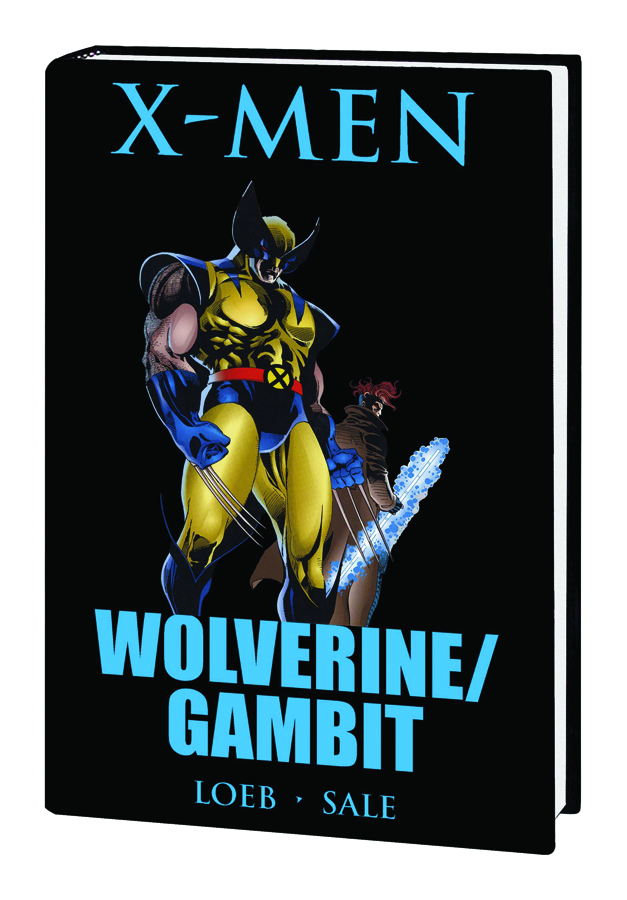 MAY090584
(W) Jeph Loeb (A/CA) Tim Sale
Written by JEPH LOEB
Penciled by TIM SALE
Covers by TIM SALE
The feral X-Man and the ragin' Cajun - as interpreted by Jeph Loeb and Tim Sale, the award-winning creators of Daredevil: Yellow, Superman: For All Seasons and Batman: Dark Victory! Warrior. Ronin. Soldier. Mutant. Logan knows little of his past, save that it was fraught with pain and loss. Long ago, he was trained as a samurai in Japan; later, he became Weapon X, a covert operative for the Canadian government. Today, Wolverine is an X-Man -- using his animal-keen senses, accelerated healing factor and razor-sharp claws to help protect a world that fears and hates mutants! Always an outsider, Gambit was shunned as a youth because of his strange, burning-red eyes. Eventually, Remy LeBeau realized he was a mutant, possessed of the ability to charge inanimate objects with explosively released biokinetic energy. A reformed thief and charming scoundrel, the ragin' Cajun always has a card up his sleeve! Now, these two outlaw heroes have been drawn together by a string of brutal slayings that may mark the return of the 19th-century serial killer called Jack the Ripper! Is it merely coincidence that finds Remy and Logan in London, or does one of these enigmatic outsiders have an ulterior motive? Collecting WOLVERINE/GAMBIT: VICTIMS #1-4.
112 PGS./Rated T+ ...$19.99