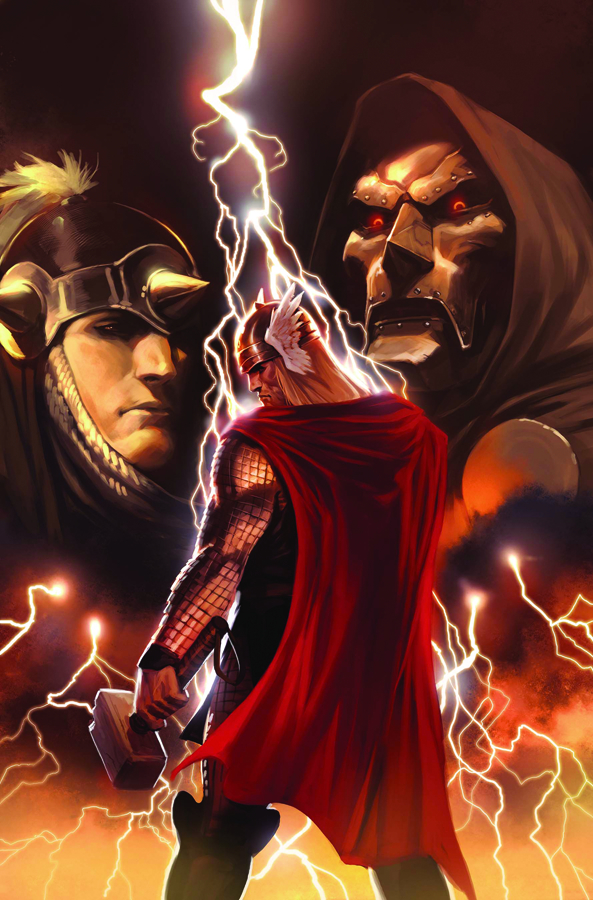 MAY090524
(W) J. Michael Straczynski (A/CA) Marko Djurdjevic
Written by J. MICHAEL STRACZYNSKI
Pencils and Cover by MARKO DJURDJEVIC
The people of Asgard are fractured, as Loki's scheming plans start to bear poisonous fruit. In Latveria, Balder and his loyal followers have a home at the tender mercies of Victor Von Doom. Out in the wide open world, Thor and his followers in exile roam without a country. As Loki puts the final calculated moves in play...will the spirit of Asgard itself be destroyed? Don't miss the critically acclaimed, fan-favorite, multiple-Eisner-nominated THOR!
32 PGS./Rated T+ ...$3.99