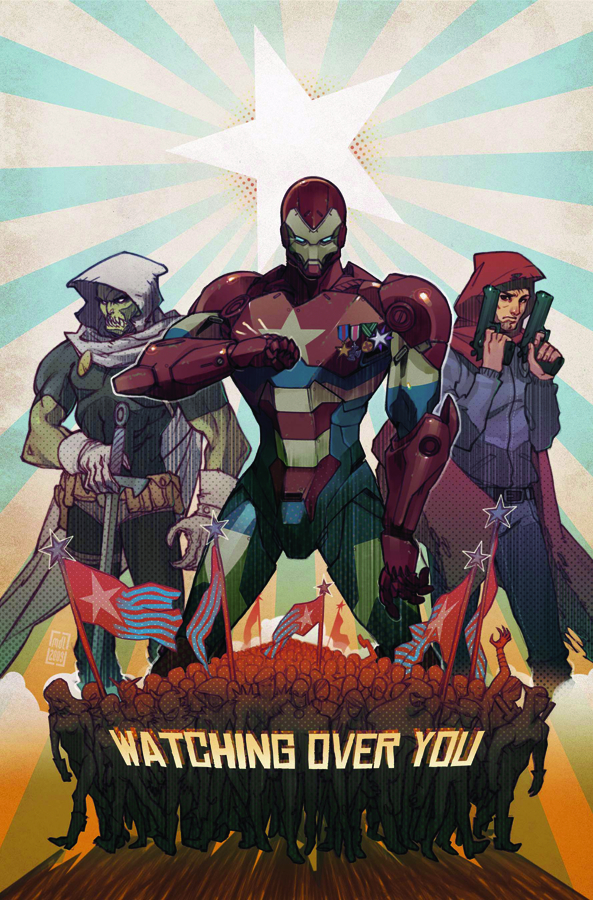 MAY090489
(W) Christos N. Gage (A) Rafael Sandoval (CA) Matteo De Longis
Written by CHRISTOS N. GAGE
Penciled by RAFA SANDOVAL
Cover by MATTEO DE LONGIS
A shocking new era begins for the Initiative!  Where Camp Hammond once trained future Avengers, Camp H.A.M.M.E.R. now trains tomorrow's Dark Avengers!  Under orders from Norman Osborn, your new Principals are Taskmaster and the criminal kingpin, the Hood.  They're registering villains as heroes and spreading Norman's empire across the nation with such specialized classes as How to Fake Being Champions While Fleecing the Citizens You're Supposed to Protect!  But the heroes who once made up the Initiative aren't about to let this happen.  Hunted by the law, hidden from sight, a resistance movement has formed...and they're out to stop a Dark Reign from falling over the Fifty State Initiative...by any means necessary!
32 PGS./Rated T+ ...$2.99