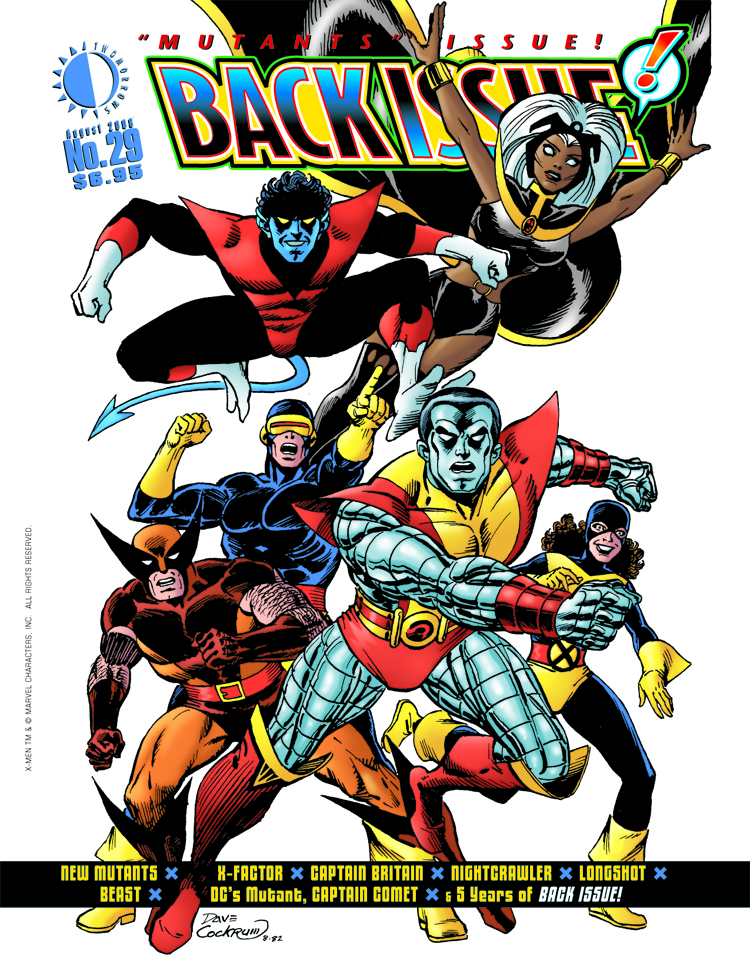 MAY084246
Len Wein, Dave Cockrum, and Roy Thomas dusted off the B-list X-Men in 1975 and elevated it to A-list status, and Back Issue follows its 1970s/1980s success and spin-offs in this special "Mutants" issue! Look at the X-Men work of Chris Claremont, John Byrne, Paul Smith, and John Romita, Jr.; Ann Nocenti and Arthur Adams' Longshot; Bob McLeod's and Bill Sienkiewicz's New Mutants; the UK's Captain Britain series; the Beast as the first breakout mutant; the lost Angel stories; the return of the original X-Men in X-Factor; and a "Greatest Stories Never Told" revelation of Nightcrawler's "original" father! Plus: a history of DC's mutant, Captain Comet, and a new chapter in Bob Rozakis' fantasy history of AA Comics! With a rarely seen X-Men cover by Dave Cockrum!