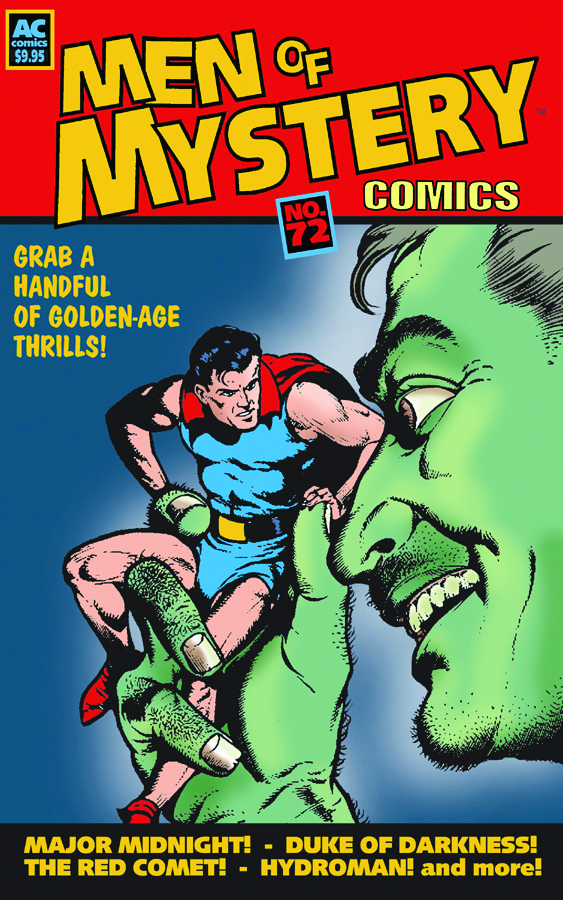 MAY083533
(W) Various (A) Various (CA) Al Bryant
by Various
Men of Mystery readers respond to two elements - stories featuring the most popular characters of the 1940's, and those chronicalling the most obscure, and this issue has a mix of both! Dollman was among the longest-running and most successful costumed superheroes of Quality Comics' Golden Age publications, while on the other side of the coin The Duke of Darkness is a little-known hero, created and drawn by John Giunta in a Will Eisner-influenced style. Dollman returns in a classic story titled "Doll Man vs. The Hag." Then, it's more full-story reprints starring Major Midnight and Lady Luck, plus three more vintage heroes making their Men of Mystery debut - Hydroman, The Red Comet, and The Duke of Darkness! The Golden Age lives again here!