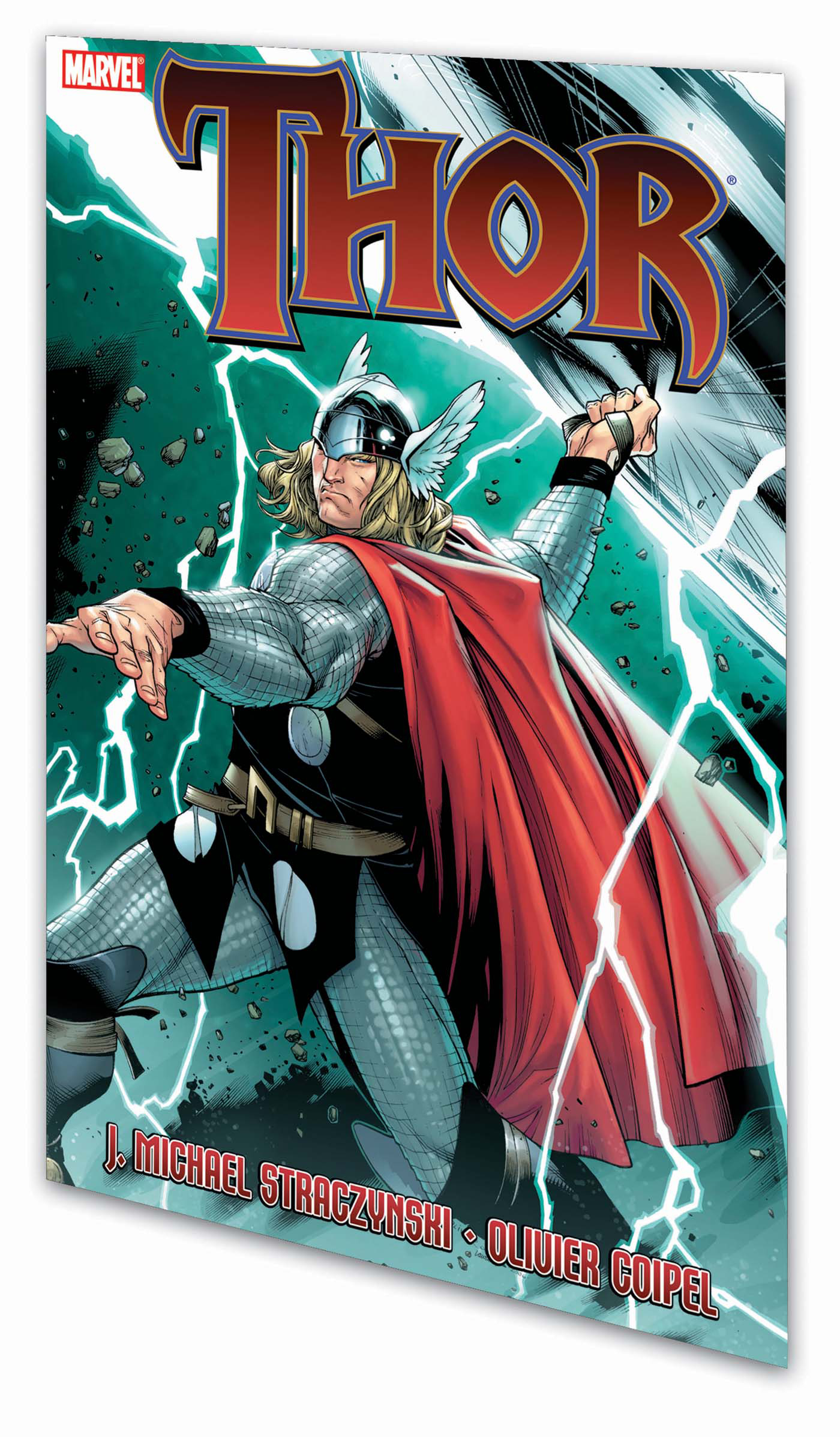 MAY082369
(W) J. Michael Straczynski (A) Mark Morales (A/CA) Olivier Coipel
Written by J. MICHAEL STRACZYNSKI
Penciled by OLIVIER COIPEL
Cover by OLIVIER COIPEL
"Thor... succeeds quite well in blending fictional gods with very
real conflicts..." -IGN.com
Thor is back! And in a story only J. Michael Straczynski could tell! Returned to the pantheon of great Marvel heroes, the Asgardian God of Thunder is reunited with the mortal form of Dr. Don Blake. Together, they must reckon with the legacy of the mythic Norse kingdom and the awakening of its immortal heroes - but in a world that may not want them back! Collecting THOR #1-6.
160 PGS./Rated T+ ...$14.99
ISBN: 978-0-7851-1722-3