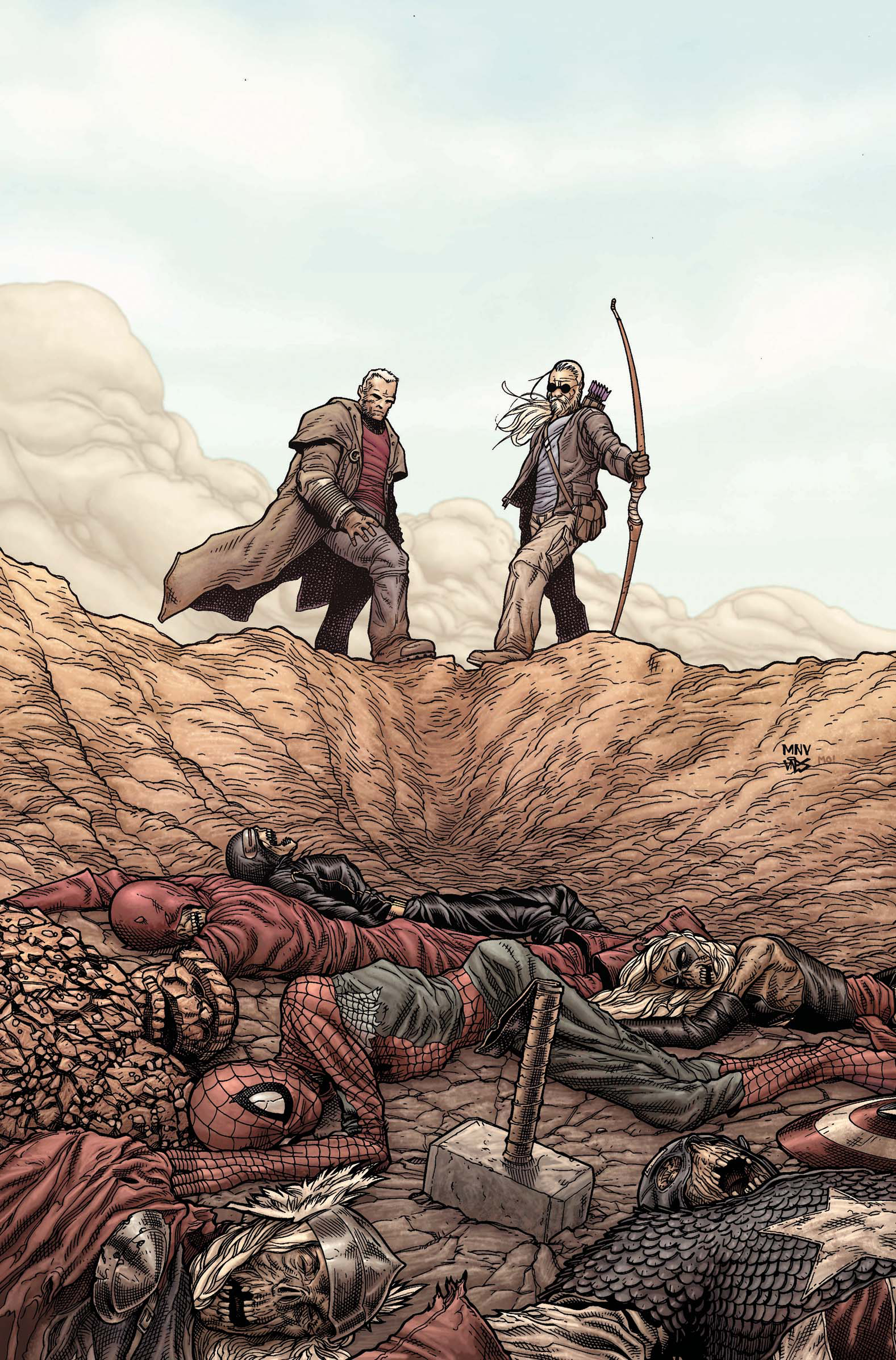 MAY082331
(W) Mark Millar (A/CA) Steve McNiven
Written by MARK MILLAR
Pencils & Cover by STEVE MCNIVEN
"OLD MAN LOGAN"
Logan owes the Hulk Gang. He owes them big, and they're not the kind to let a debt slide, even for the guy who-50 years ago-called himself Wolverine. So Logan's agreed to a crazy ride across America with the blind archer, Hawkeye, to deliver a package to the East Coast. First stop: San Francisco...but only if Logan and Hawkeye can make it past-the GHOST RIDERS. MARK MILLAR and STEVE MCNIVEN-the best-selling creative team of the 21st century-continue the biggest Wolverine story the future has ever seen! Part 2 (of 8)
32 PGS./Parental Advisory ...$2.99