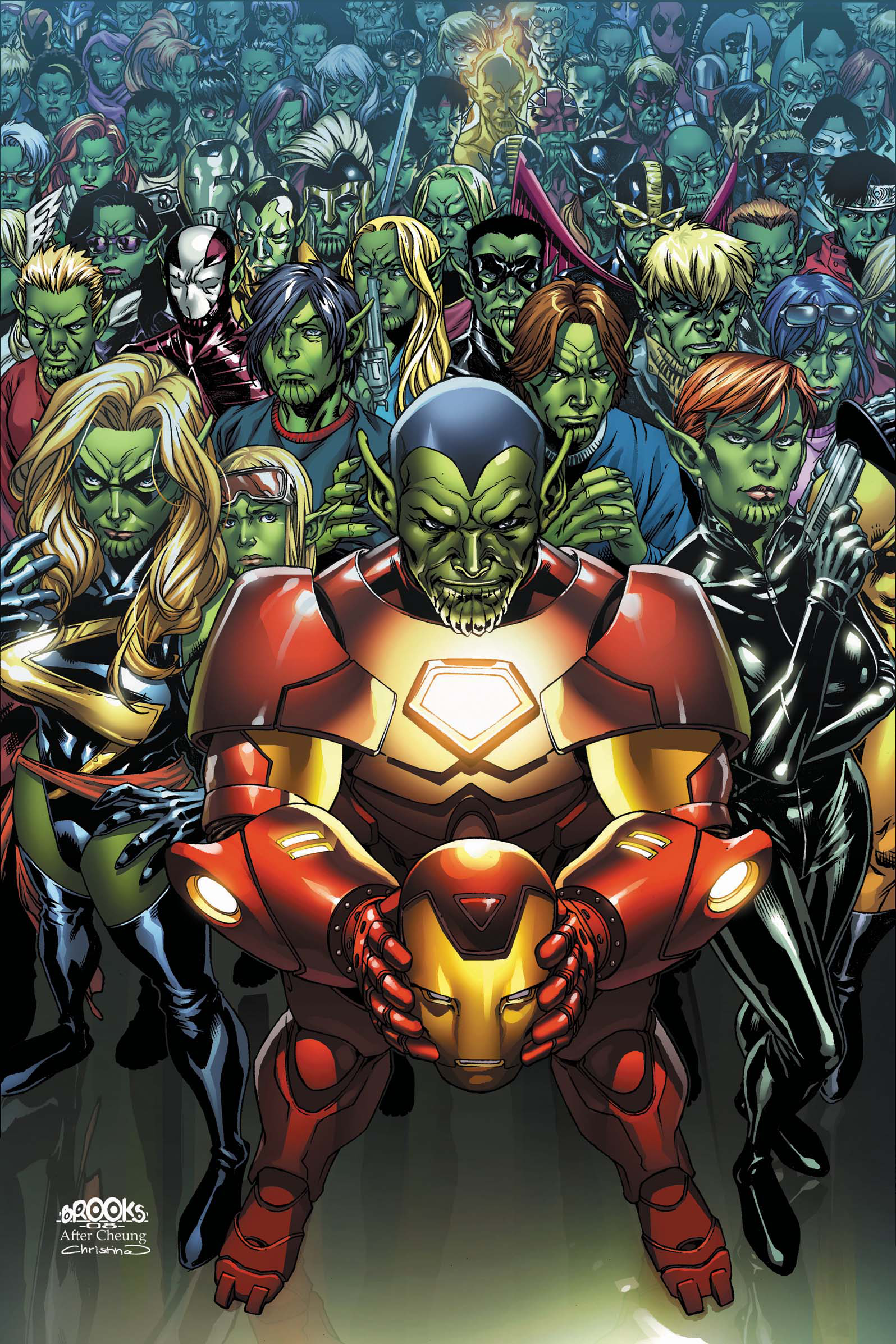 MAY082306
(W) Christos N. Gage, Dan Slott (A) Harvey Tolibao (CA) Mark Brooks
Written by DAN SLOTT & CHRISTOS GAGE
Penciled by HARVEY TOLIBAO
Cover by MARK BROOKS
SECRET INVASION TIE-IN!
"The Only Good Skrull..."
With the NEW AVENGERS and the MIGHTY AVENGERS trapped in the Savage Land, it's up to the AVENGERS INITIATIVE to face off against the first major strike of the Skrull Invasion!  There, on the field of battle, the cadet with the biggest secret has to choose how red (or green) his blood really is.  Heroes will fall.  Heroes will die.  And one shall rise. All THIS and:  A new cowardly low for ANT-MAN!  A new danger for WAR MACHINE!  And 3-D MAN gains a "killer" new "krew"!
32 PGS./Rated T+ ...$2.99