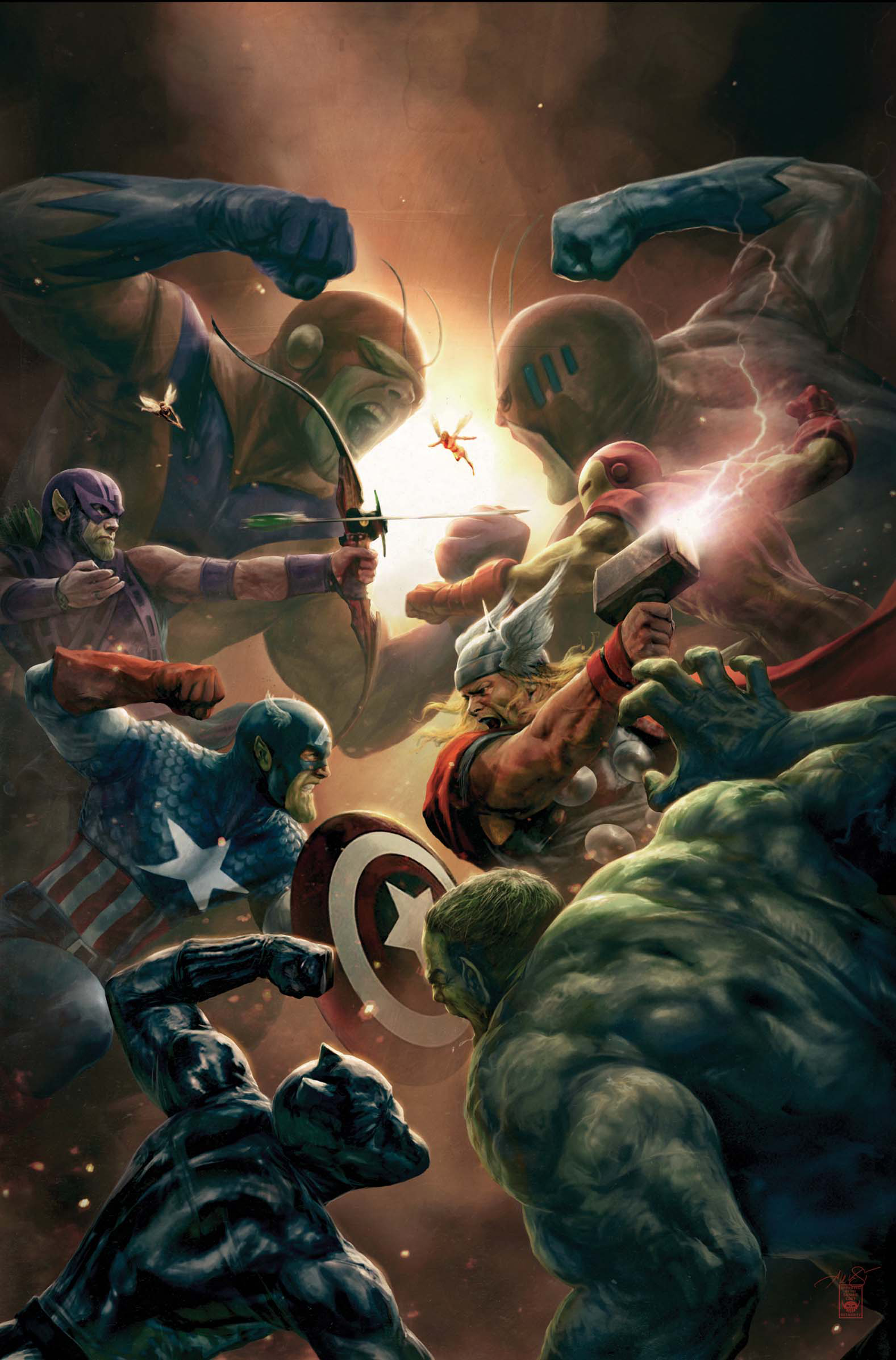 MAY082305
(W) Brian Michael Bendis (A) Billy Tan (CA) Aleksi Briclot
Written by BRIAN MICHAEL BENDIS
Penciled by BILLY TAN
Cover by ALEKSI BRICLOT
SECRET INVASION TIE-IN!
SPIDER-MAN VERSUS CAPTAIN AMERICA IN THE JUNGLES OF THE SAVAGE LAND! But who is who and what is what?? At least one of these people isn't who they say they are. Plus a huge chapter in the Secret Invasion story as more information as to how the Skrulls set their major plans in motion is revealed...
Guest-starring Ka-Zar and Shanna and featuring spectacular artwork from rising star Billy Tan.
32 PGS./Rated A ...$2.99