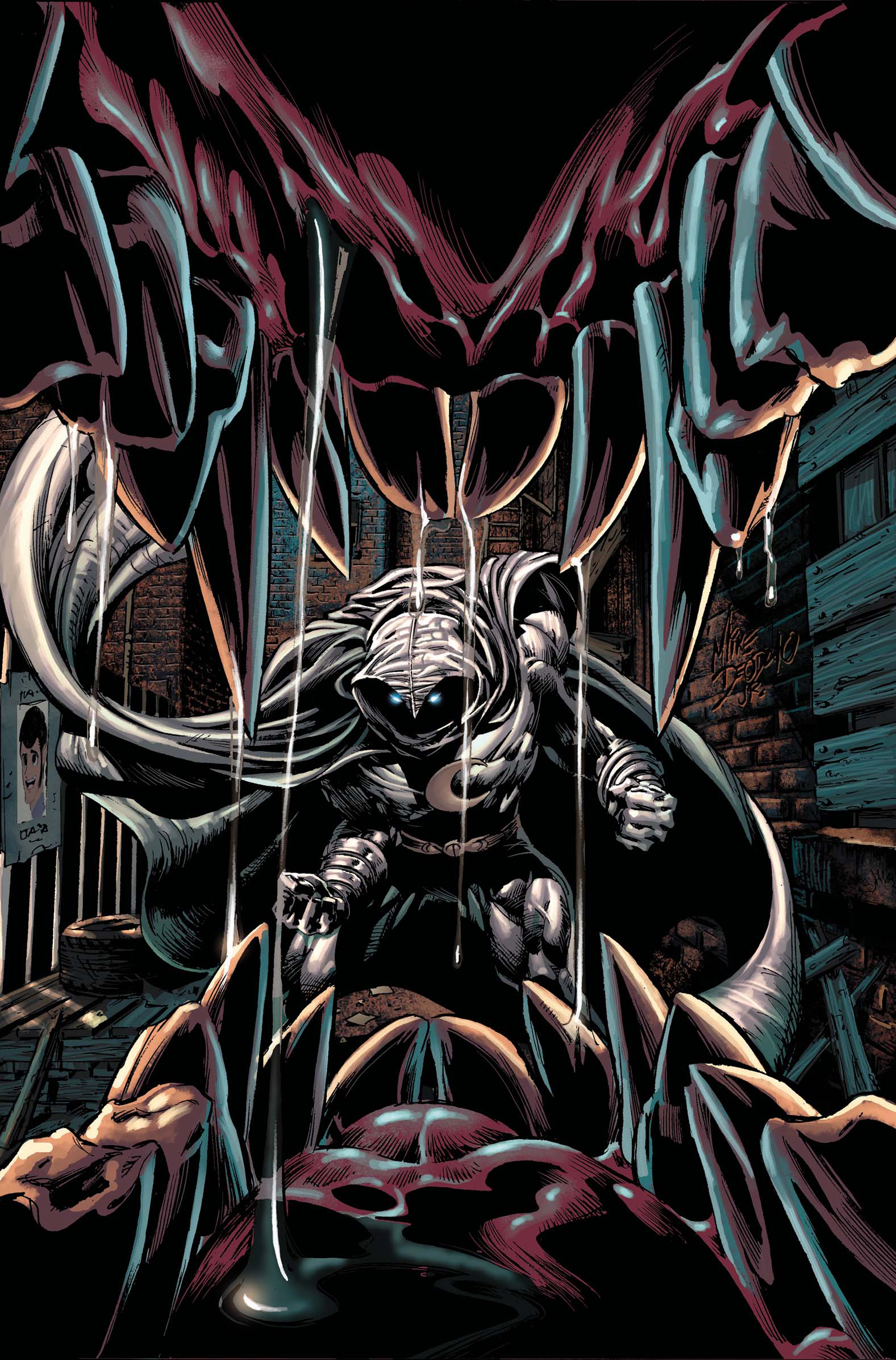 MAY082291
(W) Mike Benson (A) Mike Deodato
Written by MIKE BENSON
Pencils & Cover by MIKE DEODATO
"IN THE COMPANY OF WOLVES"
Special extra-sized issue illustrated by Mike Deodato (AMAZING SPIDER-MAN, NEW AVENGERS) and guest-starring Werewolf By Night! In the aftermath of the Black Spectre debacle, Moon Knight is Public Enemy Number One, a fugitive from justice.  But that's not his only problem.  Something awful is happening in the dank basement below Club Lu'Pine.  Blood-smeared walls raked by claws tell half the story.  To know the whole truth, Moon Knight will have to step into the arena and stare down a creature fueled by instinct and fury.  To survive, he must become what he faces.
80 PGS./Parental Advisory ...$3.99