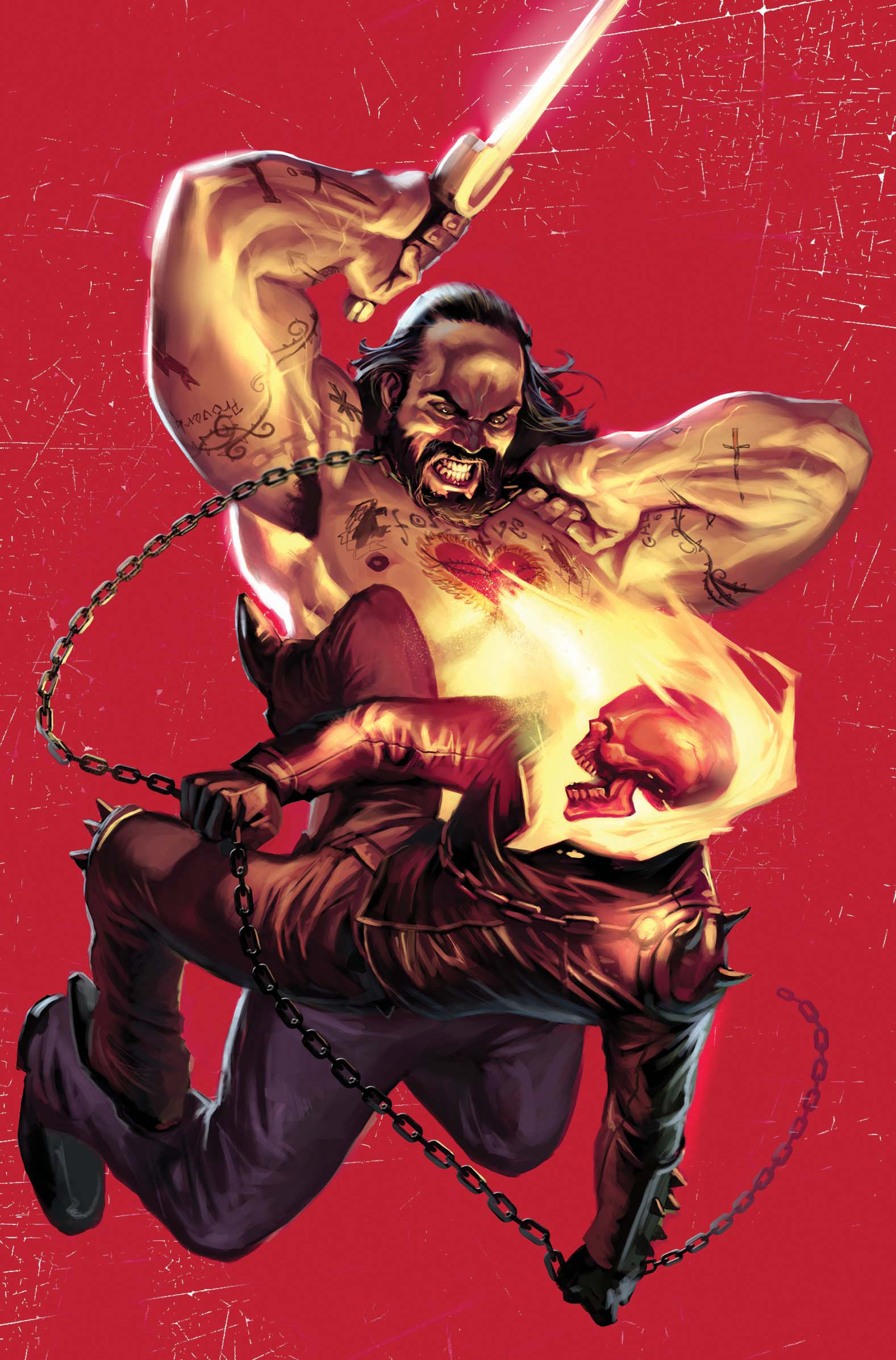 MAY082273
(W) Jason Aaron (A) Tan Eng Huat (CA) Marko Djurdjevic
Written by JASON AARON
Art by TAN ANG HUAT
Cover by MARKO DJURDJEVIC
Johnny Blaze goes behind bars looking for answers, but instead finds only The Deacon -- a merciless killer and mountain of a man armed with giant daggers that will cut through anything, including the Ghost Rider. It's all-out action in a story that we just had to call "Caged Heat."
32 PGS./Parental Advisory ...$2.99