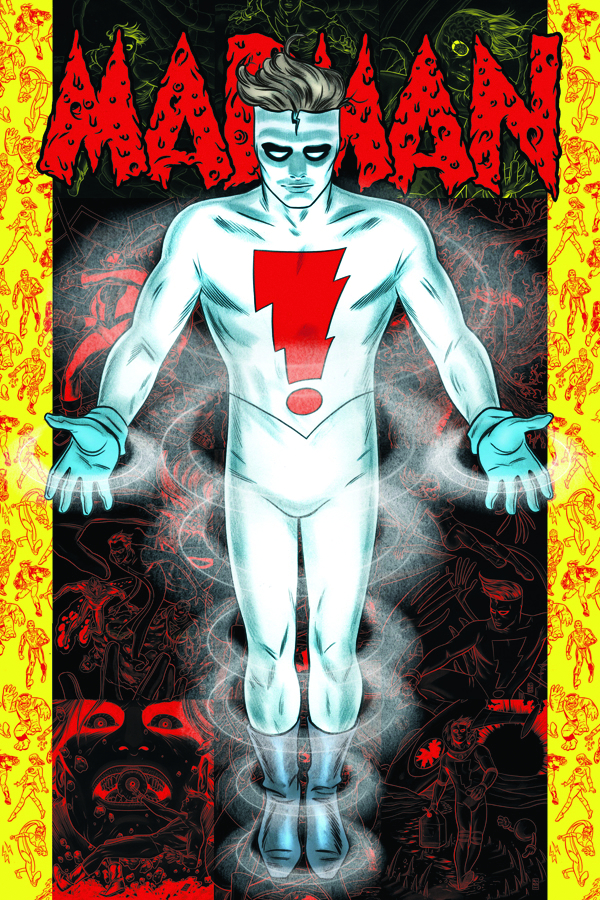 MAY082186
(W) Mike Allred (A/CA) Mike Allred
"EXISTENTIAL EXITS!"
Clear the decks! Move beyond the past and leap into the future! This if the first collection from MICHAEL ALLRED's acclaimed and groundbreaking new MADMAN series.  Many story elements from the Madman mythos fulfill their promise in this volume containing the first seven issues of MADMAN ATOMIC COMICS including the "MADMAN IN Space!" arc and the now legendary "Swiped From Dimension X" issue.  Everything you need to know about where Frank "Madman" Einstein came from and where he's going are contained herein.  So anyone who wants to ride the Madman rocket can strap in and launch into the stratosphere with this super ginchy tome!