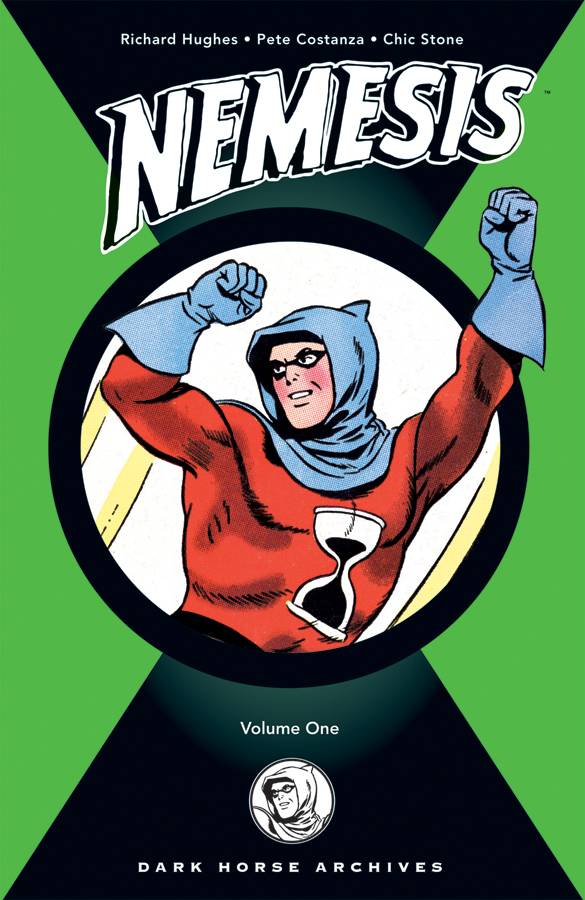 MAY080049
(W) Richard E. Hughes (A) Pete Costanza, Chic Stone (CA) Kurt Schaffenberger
Steve Flint was a crusading private detective-no crime was too small or too big for him to take on, and the criminal underworld quaked in fear at the very mention of his name. But when FBI Director J. Edgar Hoover asked Flint to investigate the Mafia's connections to sabotage in the race to the moon the crusading detective took on more than he expected and was murdered by the mob.

For most men the story would end there . . . but Steve Flint is sent back from the great Unknown as a spirit empowered by the Grim Reaper, charged with capturing his killers and striking a blow for justice as the ghostly hero Nemesis!

•  Unavailable for over forty years!