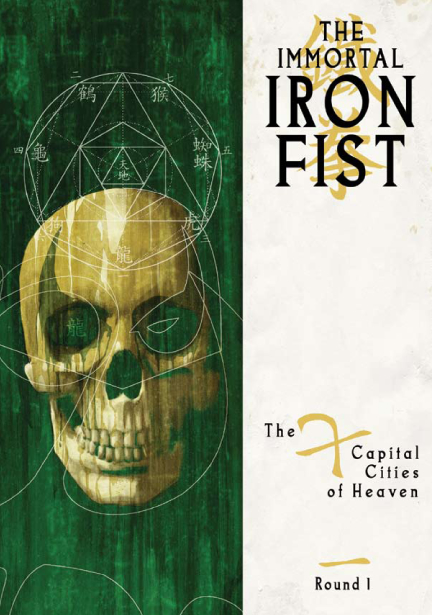 MAY072118
(W) Ed Brubaker, Matt Fraction (A) Roy Allen Martinez (A/CA) David Aja
Written by ED BRUBAKER & MATT FRACTION
Pencils & Cover by DAVID AJA
Once a generation, the Seven Capital Cities of Heaven align on a plane far beyond the ken of mortal men. It is here that these cities send their Immortal Warriors to compete against one another in a combat tournament to end all tournaments...and it is here that Daniel Rand was spirited to in his darkest hour. Generations of mystical war traditions await their chance to prove they have the greatest kung fu...to THE IMMORTAL IRON FIST!
32 PGS./Rated T+ ...$2.99