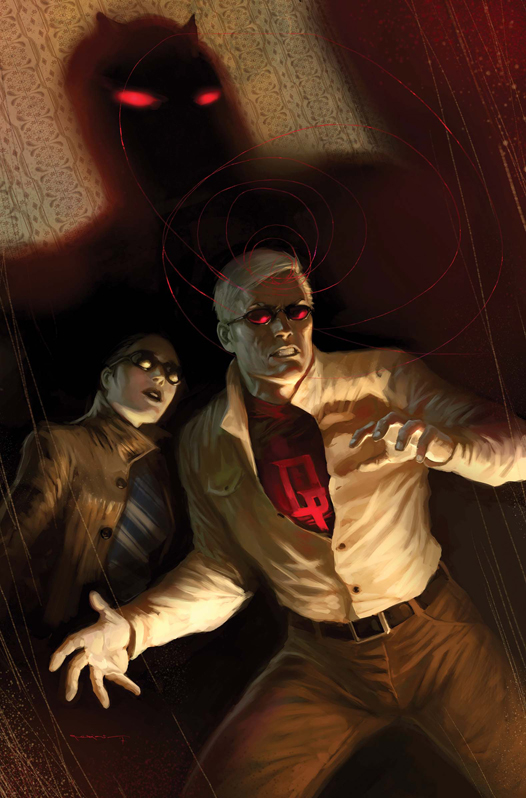 MAY072111
(W) Ed Brubaker (A) Michael Lark (CA) Marko Djurdjevic
Written by ED BRUBAKER
Penciled by MICHAEL LARK
Cover by MARKO DJURDJEVIC
It's the shocking conclusion of "TO THE DEVIL, HIS DUE" as the knife twists in Matt Murdock's back, and his life leaps off the rails once again. The villain who's been ripping Hell's Kitchen apart is revealed, as DD leaps into the fight of his life!
32 PGS./Rated T+ ...$2.99