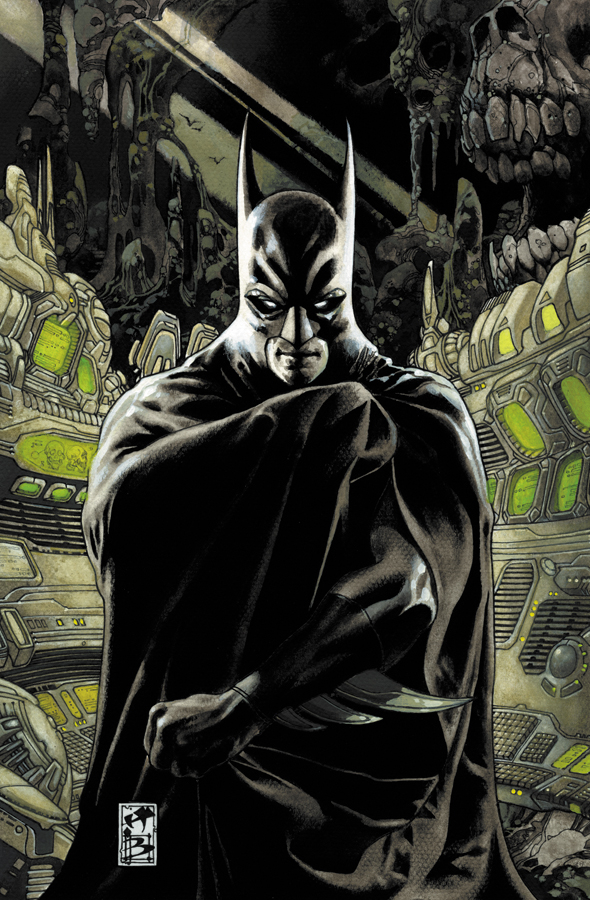 MAY060132
(W) Paul Dini (A) J. H. Williams (CA) Simone Bianchi
Written by Paul Dini
Art by J.H. Williams III
Cover by Simone Bianchi
Gotham's wealthiest citizens find themselves victimized by the mysterious new villain Facade as a story arc by new DETECTIVE COMICS creative team of writer Paul Dini (Batman: The Animated Series, BATMAN: WAR ON CRIME), artist J.H. Williams III (PROMETHEA, SEVEN SOLDIERS) and cover artist Simone Bianchi (SEVEN SOLDIERS: SHINING KNIGHT) begins! Operating with a gang trained to pass as members of the cities' elite, the masked mastermind's crimes baffle the police and leave members of Gotham society fearing for their lives. It's up to Batman to use a "facade" of his own, that of socialite Bruce Wayne, in order to bait the villain's underlings and discover the true identity of their elusive leader.