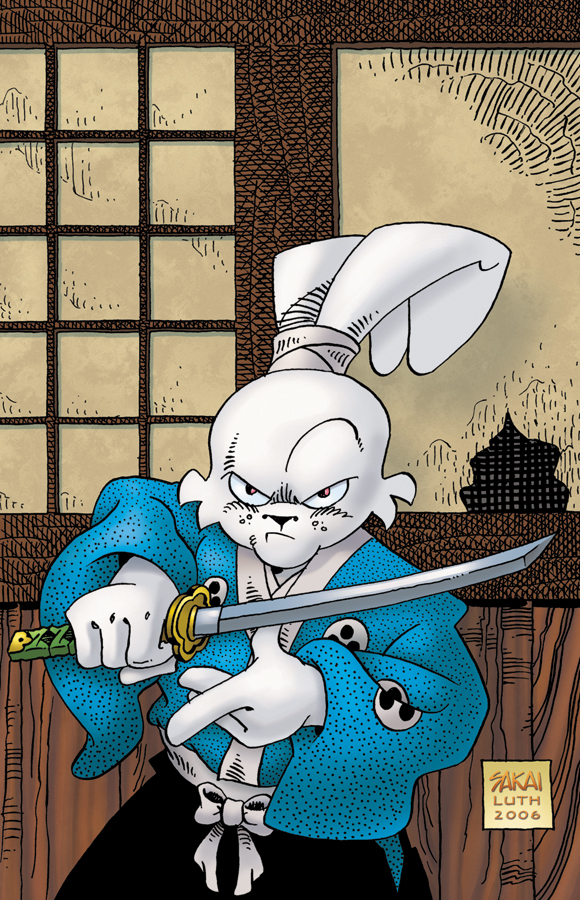 MAY060027
(W) Stan Sakai (A) Stan Sakai
Discover the series that has garnered worldwide fans over the past two decades and won countless awards!

Five years ago, Usagi dodged a bullet when the mysterious assassin Shizukiri was willing to accept a  an expected bounty rather than engage the rabbit ronin and his fellow wandering samurai, Gen. Shizukiri's reputation as a ruthless, unbeatable opponent was well established even before he became the only hired sword ever to stare down our long-eared hero, but now his formidable skills are up against Karma itself! When beggars hire him to kill a high-ranking samurai, Shizukiri becomes tangled in a fateful and unexpected plot. Will his skills preserve him, or is Karma truly inescapable? Find out, when master storyteller Stan Sakai presents Usagi Yojimbo #95!