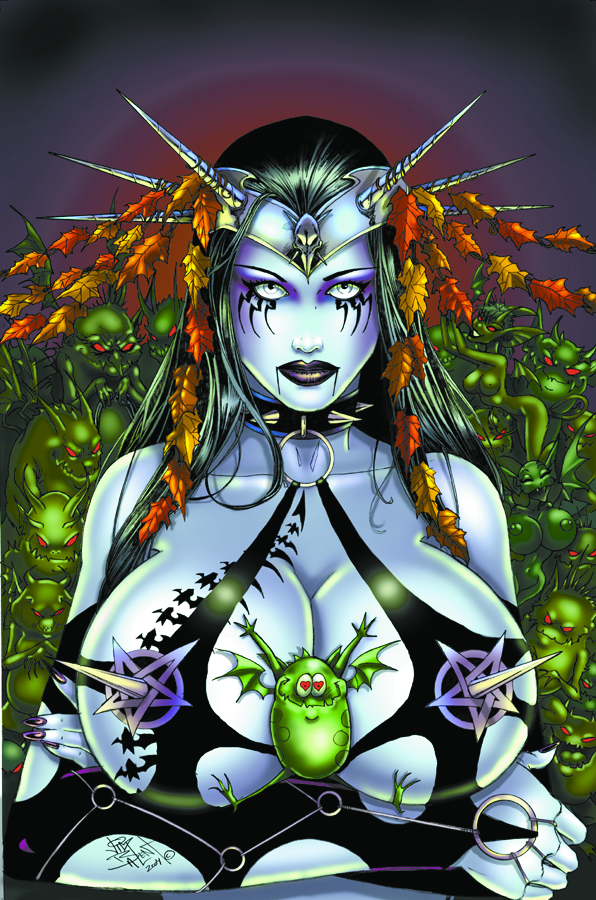 MAY042425
by Jim Balent
The Goblin Queen. Tarot fans who love her darker sister, Raven Hex, will delight in this issue that features the bewitching beauty. The Goblins throw a party for Raven Hex, and this year it's wild! While Raven finds herself in the most dangerous part of the Enchanted Realm, trying to save a love sick Goblin from certain death, Tarot is left behind and becomes the prime target of all Goblin mischief! Also available as a Signed edition, including a Certificate of Authenticity signed by Jim Balent.