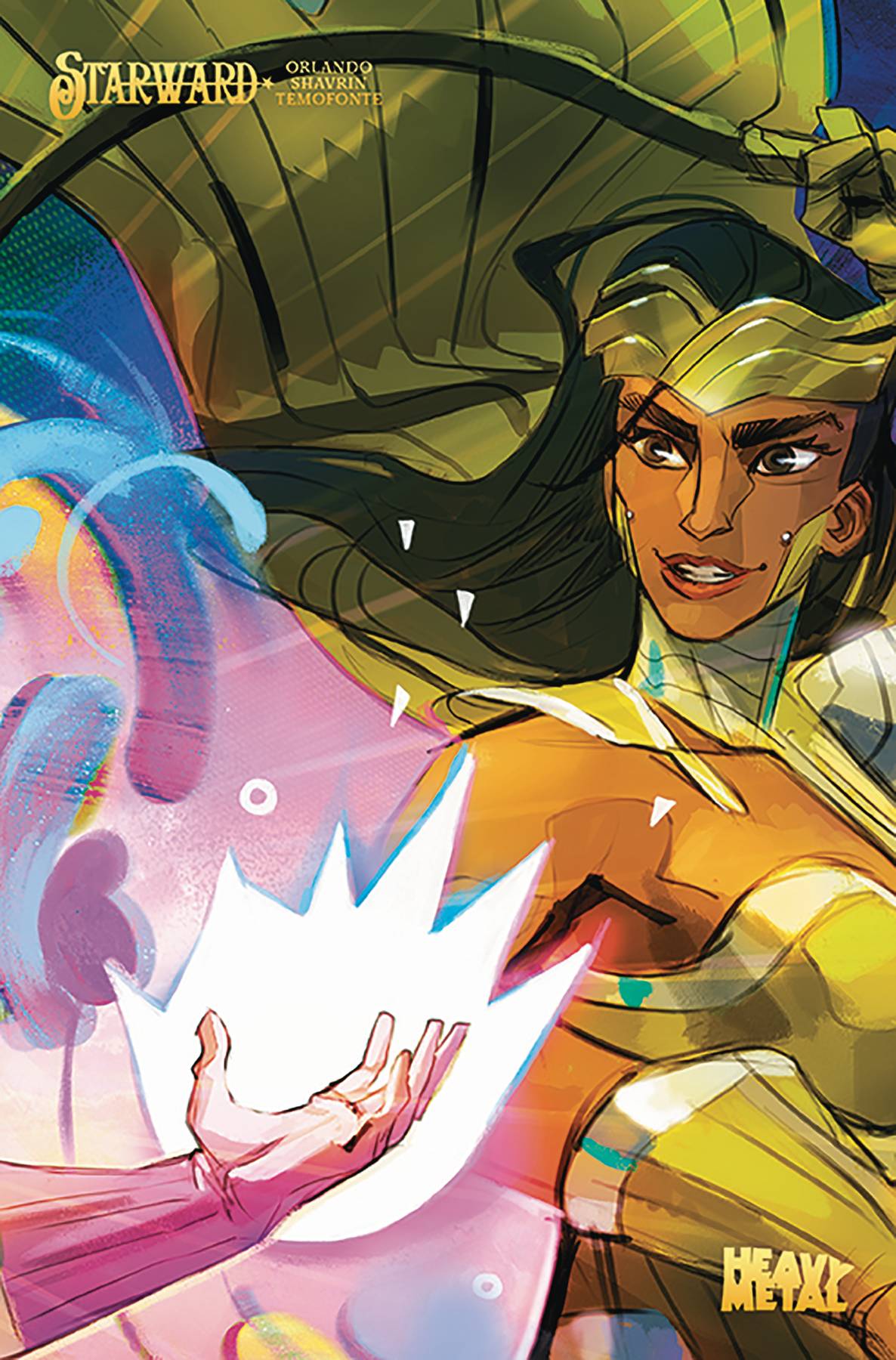 #
MAR229287
(W) Steve Orlando (A/CA) Ivan Shavrin
From Heavy Metal Magazine. Collecting Starward Chapters 6 and 7 in one exciting volume! From the leaf peeping wastelands of New England comes Starward Gold! And while Starward Purple and Red might've tracked her down as part of quest hunt to rebuild their fighting family, the last thing Gold wants is sisters. Or anyone, for that matter. The fight against Kaos is one she's sure she can win herself! Or so Gold thinks. For all her bluster, Gold has no choice but to accept that it'll take every Starward Sister to attack and dethrone Kaos, a conqueror hiding in the space between every atom, in every shadow. The Seven Sisters stand united, but just as they do, Kaos launches an attack from within, turning them against themselves! And in Celestia, just who's watching the mayhem side by side with Kaos to meet the sisters on the field of battle?