THAT TIME GOT REINCARNATED AS SLIME BOX SET SEASON 02 (MR) ( 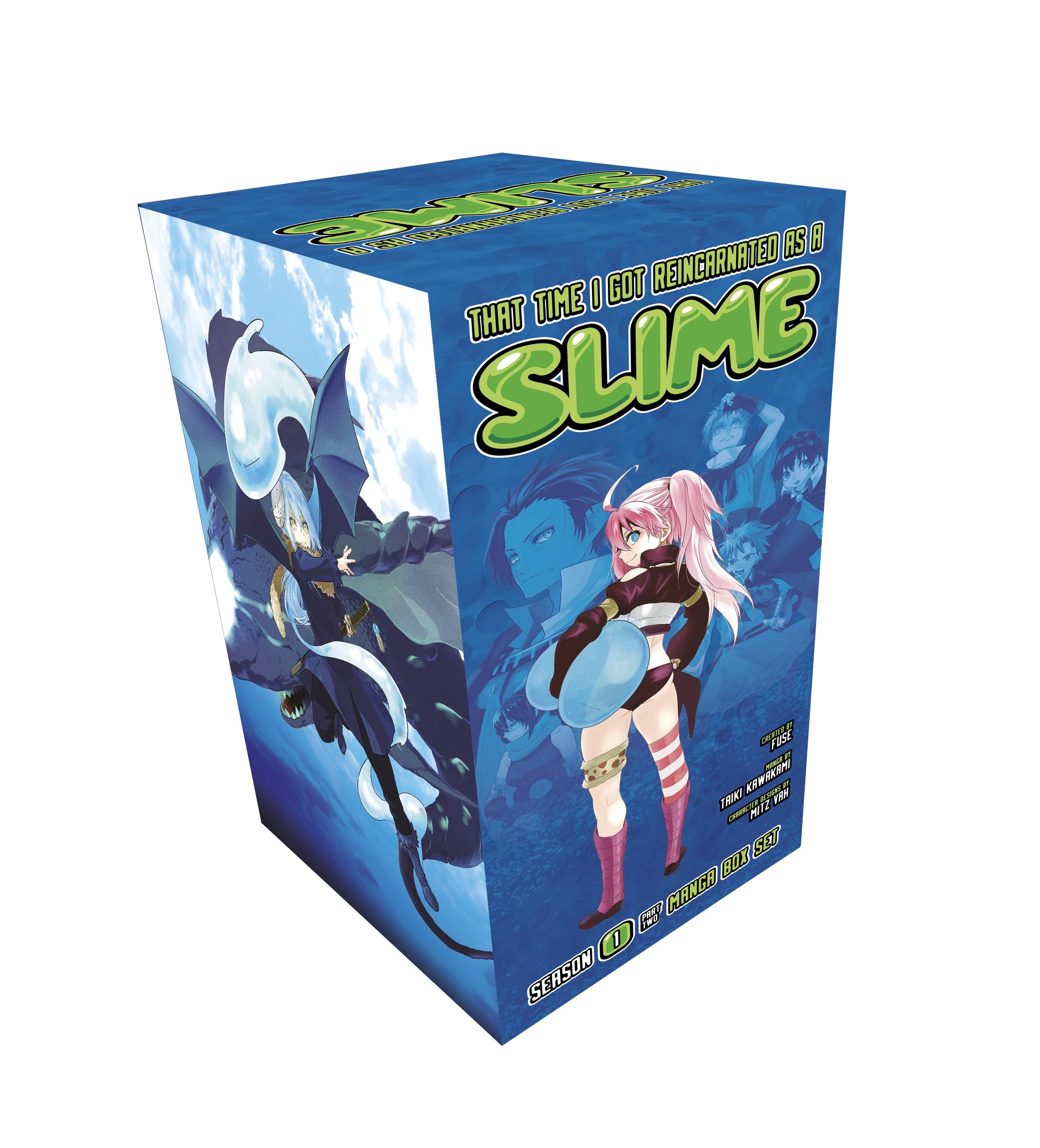 #
MAR228915
(W) Fuse (A/CA) Taiki Kawakami
Can a single slime build the ideal society? Find the answer in this deluxe set of the hit isekai adventure manga, containing Vol. 7-11 in a premium box, plus an exclusive booklet or art and behind-the-scenes details!

Mikami's middle age hasn't gone as he planned: He never found a girlfriend, he got stuck in a dead-end job, and he was abruptly stabbed to death in the street at 37. So when he wakes up in a new world straight out of a fantasy RPG, he's disappointed but not exactly surprised to find that he's facing down a dragon, not as a knight or a wizard but as a blind slime demon. But there are chances for even a slime to become a hero, and maybe even build a country where the rejects and outcasts can find a place to belong...

This isekai sensation has an anime with new episodes on Funimation and Crunchyroll, and this box set matches the storyline of the anime, following part 2 of Season 1, so you can read along as you watch!
In Shops: Nov 09, 2022
SRP: $64.95
View All Items In This Series
ORDER SUBSCRIBE WISH LIST