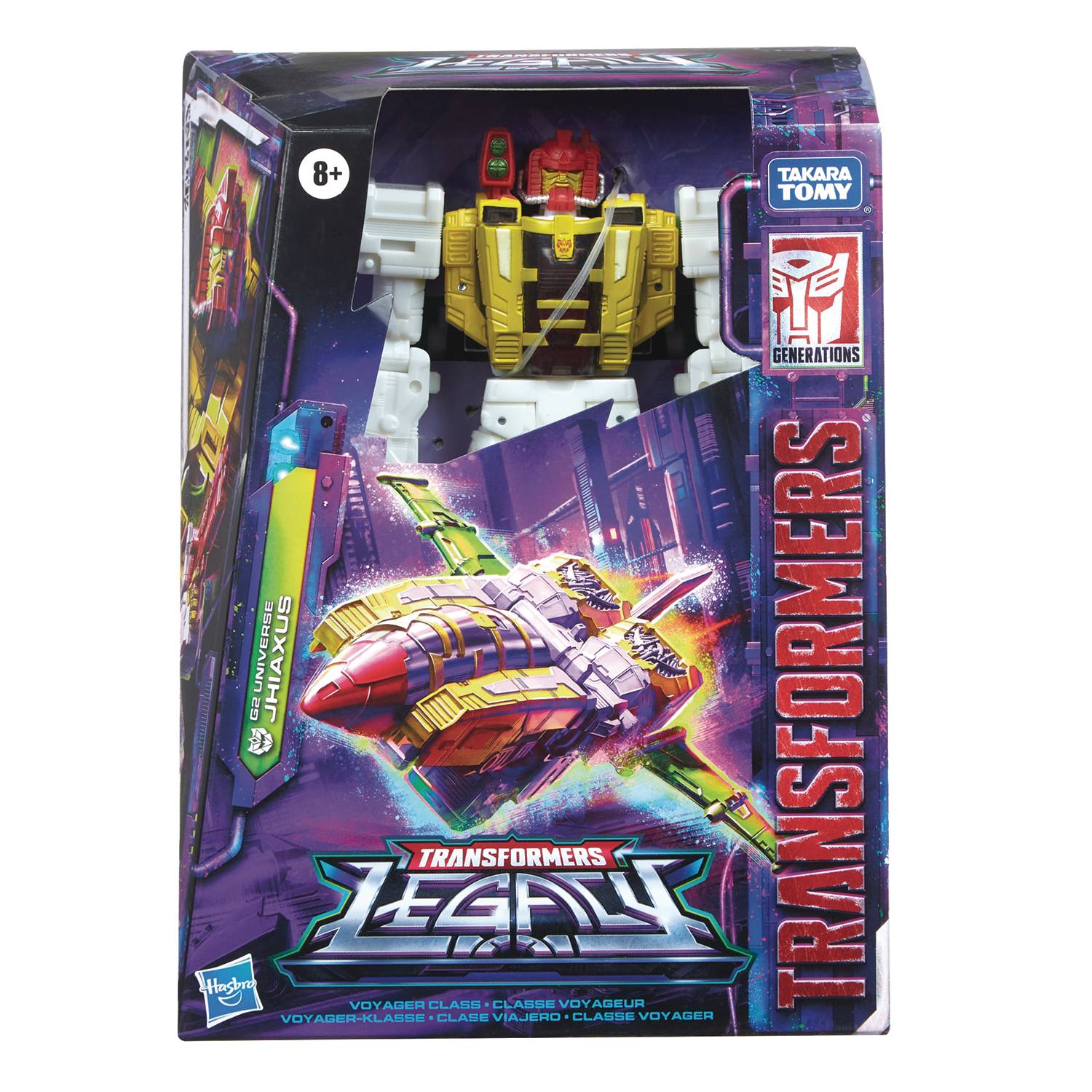 # # # # #
MAR228036
From Hasbro Toy Group. Universes collide with Transformers: Legacy! This epic line of Transformers toys brings together fan-favorite characters from across the Transformers multiverse. This Transformers: Legacy 7-inch G2 Universe Jhiaxus robot toy is inspired by the animated series, Transformers: Generation 2, updated with a Generations-style design. Action figure converts from robot to Cybertronian jet mode in 23 steps. Comes with 2 combinable blaster accessories. This Transformers G2 universe Jhiaxus figure comes with an Energon blaster that attaches in both modes, and scan the QR code on each package to reveal character tech specs from across the multiverse!