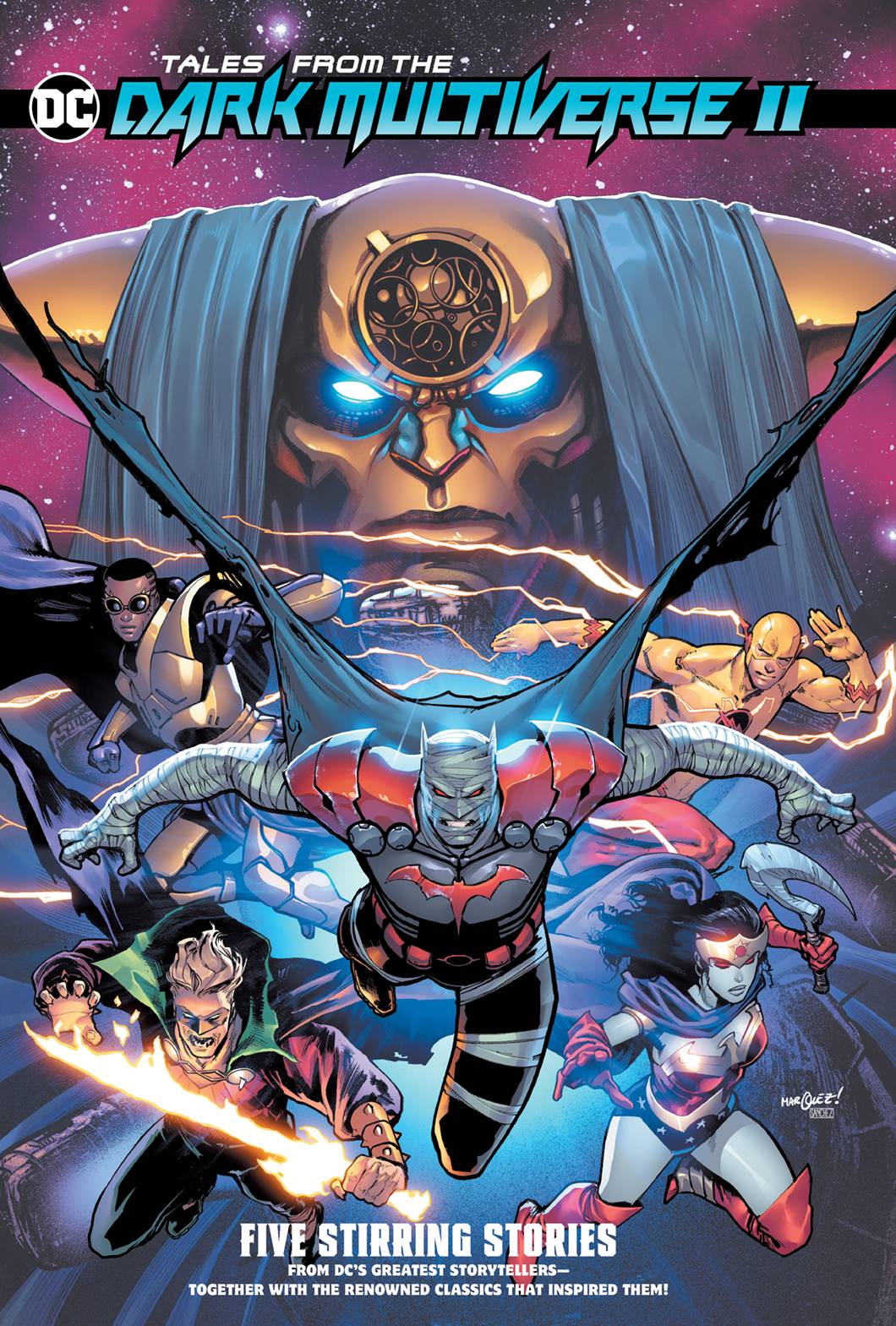 #
MAR223076
(W) Various (A) Various (CA) David Marquez
Written by Scott Snyder, Collin Kelly & Jackson Lanzing, Phillip Kennedy Johnson, Vita Ayala and Steve Orlando Art by Dexter Soy, Bryan Hitch, Ariel Olivetti, Mike Perkins and Karl Mostert The twisted timelines that showed the Dark Multiverse and all the devasting danger that it contains are collected in Tales from the Dark Multiverse II. What dark realities exist within the realms of the Dark Multiverse? Follow Batman, Wonder Woman, and the Justice League as our heroes through these crumbling and shattered worlds!
In Shops: Jun 07, 2022
SRP: $24.99
ORDER WISH LIST