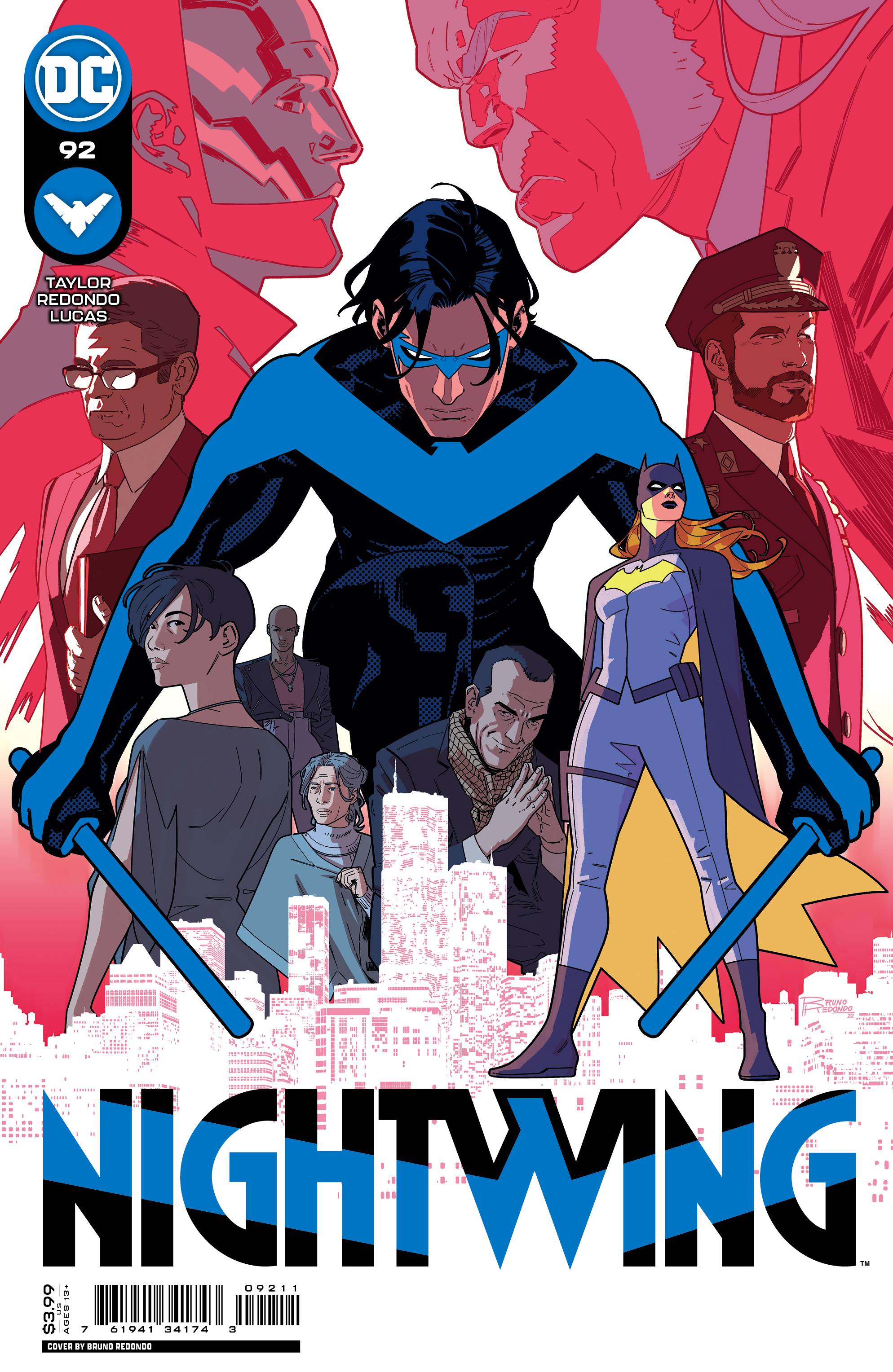 #
MAR223028
(W) Tom Taylor (A) Bruno Redondo
Blüdhaven mayor Melinda Zucco is in trouble-pretending to work for Blockbuster while secretly trying to take him and his gang of criminals down, while also working alongside Dick Grayson to uplift the city. But as his half sister sharing the last name of the man who killed his parents, it's...a lot to juggle, and enough for one to accidentally let slip a secret or two in the wrong company if she's not careful... Meanwhile, Nightwing and Oracle cuddle up and decide to finally define their relationship.
In Shops: May 17, 2022
SRP: $3.99
View All Items In This Series
ORDER SUBSCRIBE WISH LIST