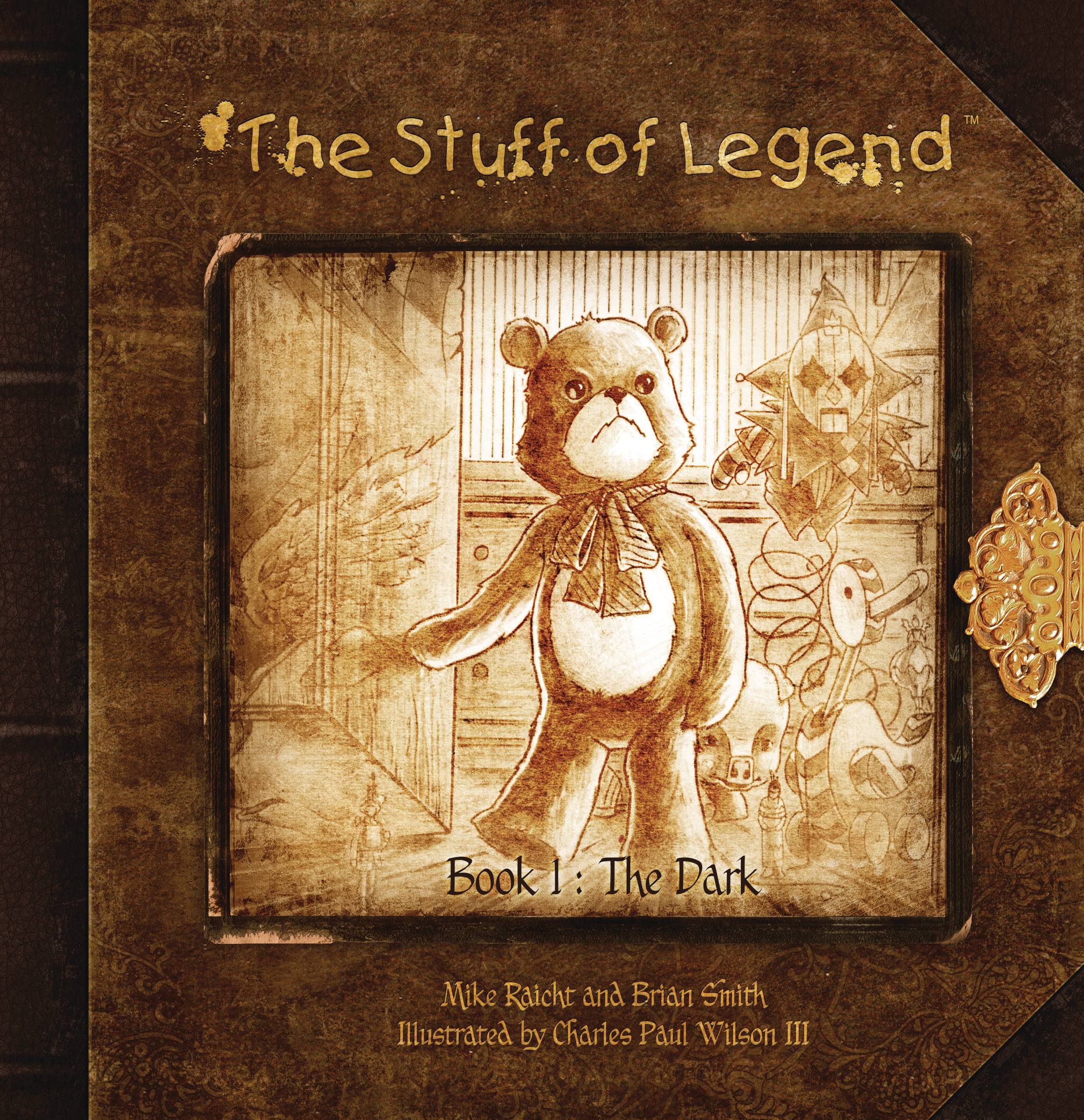 #
MAR221921
(W) Mike Raicht, Brian Smith (A/CA) Charles Paul Wilson
The New York Times bestselling graphic novel that that started it all is back in print in a brand new hard cover edition.

The year is 1944. As Allied forces fight the enemy on Europe's war-torn beaches, another battle begins in a child's bedroom in Brooklyn. When the nightmarish Boogeyman snatches a boy and takes him to the realm of the Dark, the child's playthings, led by the toy soldier known as the Colonel, band together to stage a daring rescue. On their perilous mission they will confront the boy's bitter and forgotten toys, as well as betrayal in their own ranks. Can they save the boy from the forces of evil, or will they all perish in the process? The Stuff of Legend is a haunting and ultimately redemptive tale of loyalty, camaraderie, and perseverance.