RISE AND FALL OF THE TRIGAN EMPIRE TP VOL 04 (MR) 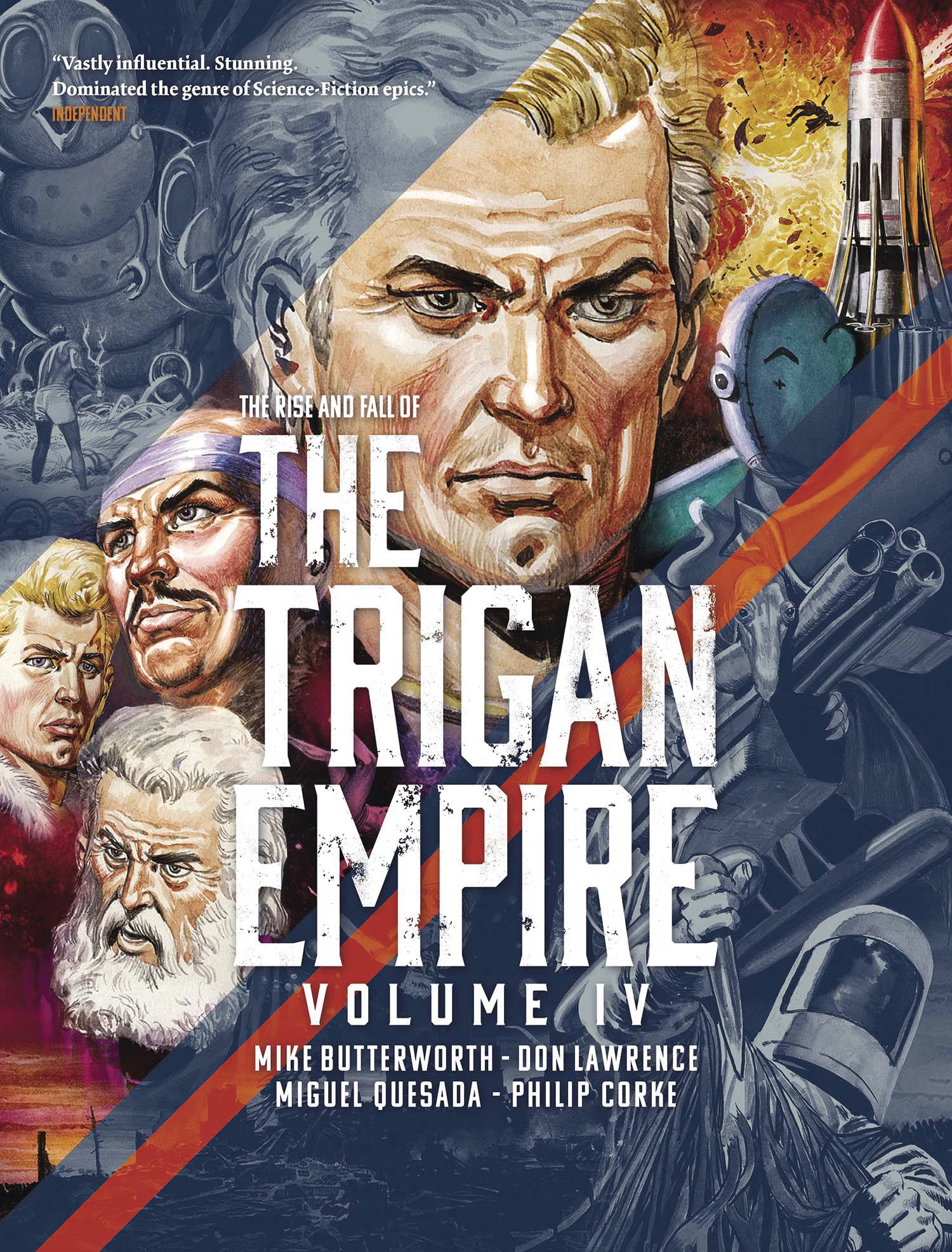 #
MAR221849
(W) Michael Butterworth (A) Miguel Quesada, Philip Corke (A/CA) Don Lawrence
The best-selling Treasury of British Comics archival series The Rise and Fall of the Trigan Empire reaches its fourth astounding volume. Don Lawrence's painted art continues to be a highlight of the series, and as he takes a sabbatical from the strip Miguel Quesada and Philip Corke match his impressive work with their own style. The Trigan Empire remains resilient against enemies on all fronts, from treacherous politicians, murderous Zith assassins, and alien invaders, Trigo and Janno protect the citizens of Elekton. The omnibus collects the stories published from 1973 through to 1976.
In Shops: Nov 23, 2022
SRP: $29.99
View All Items In This Series
ORDER SUBSCRIBE WISH LIST