IN BETWEEN GN VOL 01 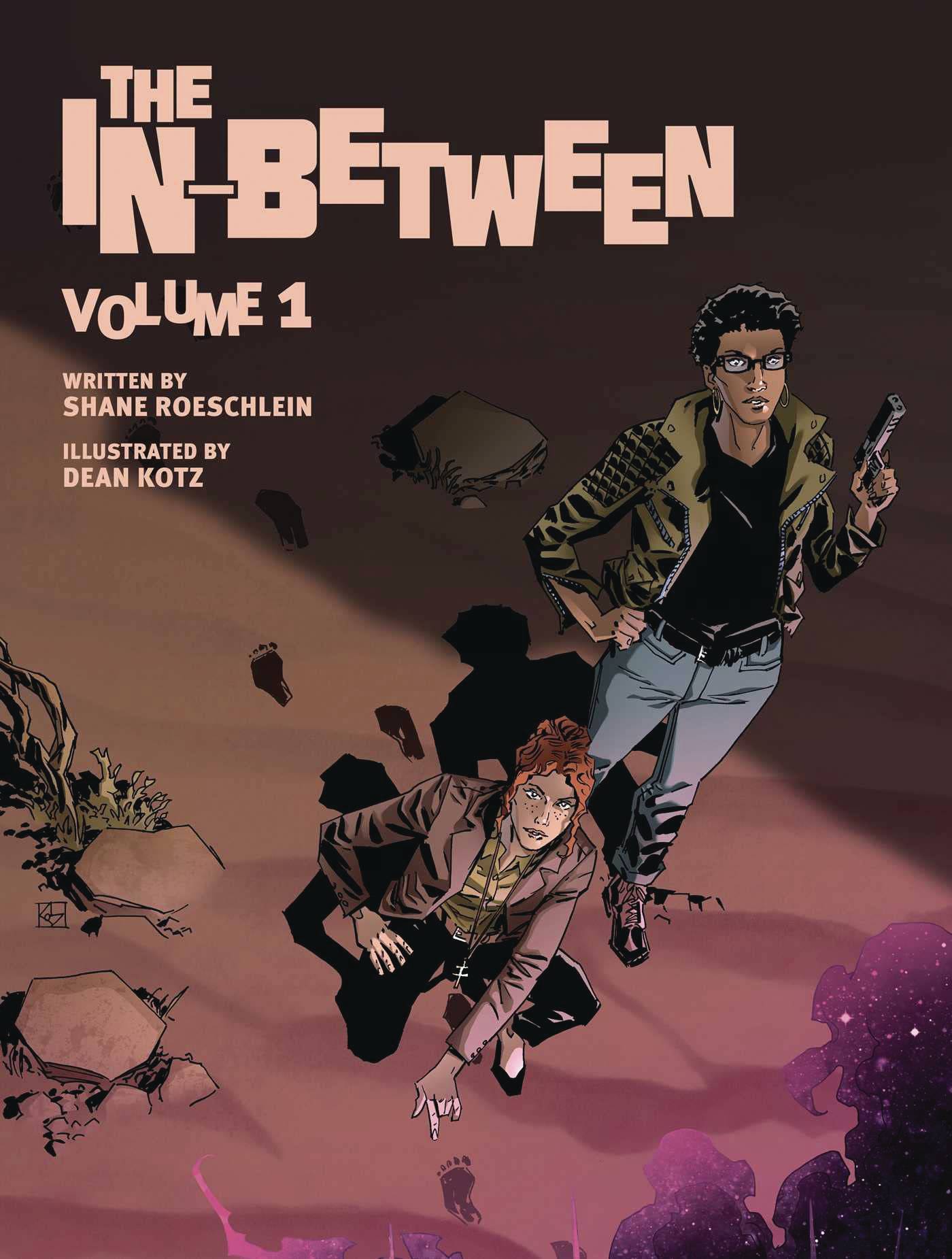 #
MAR221679
(W) Shane Roeschlein (A) Dean Kotz
On September 11, 2001 a mysterious spacecraft of unknown origin dubbed "WTF432" appeared in Earth's orbit and fired a beam of energy, striking the planet's surface. In the aftermath, dimensional fractures or "rips" in space-time appeared throughout the world. These rips expel torrents of reality-distorting energy and are used by malevolent entities to travel between dimensions. The Terror Management Agency (TMA) was formed to track, investigate, and contain rip related phenomenon. Now, the long dormant WTF432 is active again, transmitting a signal to a remote town in California's Mojave Desert. The TMA sends bright and earnest Charley Gann and her razor-witted partner, Saoirse "Free" Somerfield, to investigate.
In Shops: May 18, 2022
SRP: $16.99
View All Items In This Series
ORDER SUBSCRIBE WISH LIST