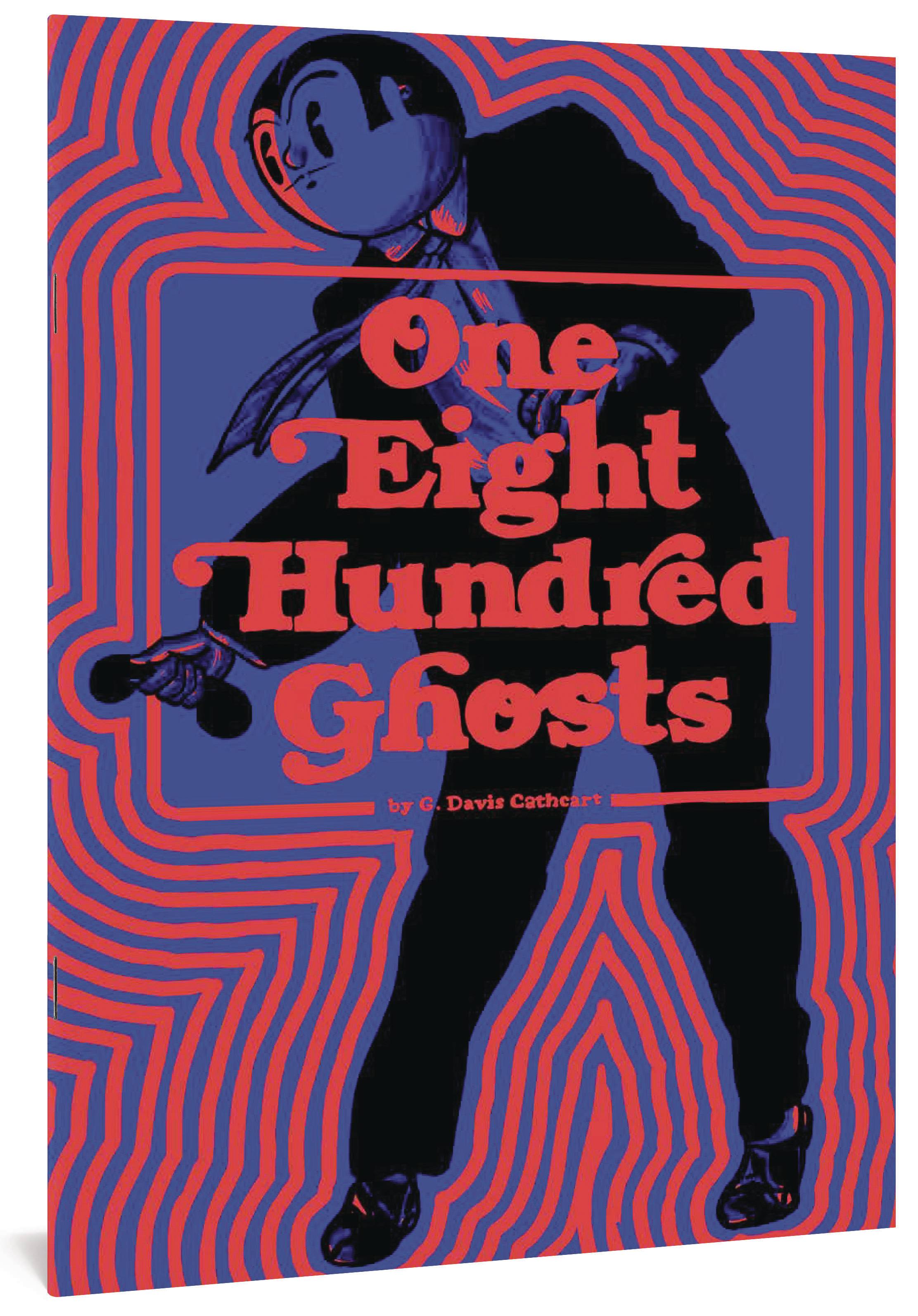 #
MAR221625
(W) G. Davis Cathcart (A/CA) G. Davis Cathcart
One Eight Hundred Ghosts is a graphic novella about the internal and external conflicts of a team of art thieves - the protagonist Cedric and a collection of peers that he assembles - who moonlight as astral projecting time travellers. They lead the typical life of eighties art going socialites on the scene - attending art shows, making appearances at fine dining institutions and artworld hangouts. They also undertake a fantastical heist by using otherworldly technology to enter the future and repurpose the intellectual property of a popular evil artist in order to change its cultural trajectory.
The story's heroes realize that society will face a conundrum in the future that only they can rectify: accept the work of a sonic genius despite his abusive tendencies or release the masterpiece themselves, stripping the artist of his pivotal success that would later enable his power and crimes. Ultimately, the group of thieves seek to improve the artworld that they endorse by saving the decade's defining cultural touchstone... Michael Jackson's Thriller.
In Shops: Jul 13, 2022
SRP: $14.99
ORDER WISH LIST