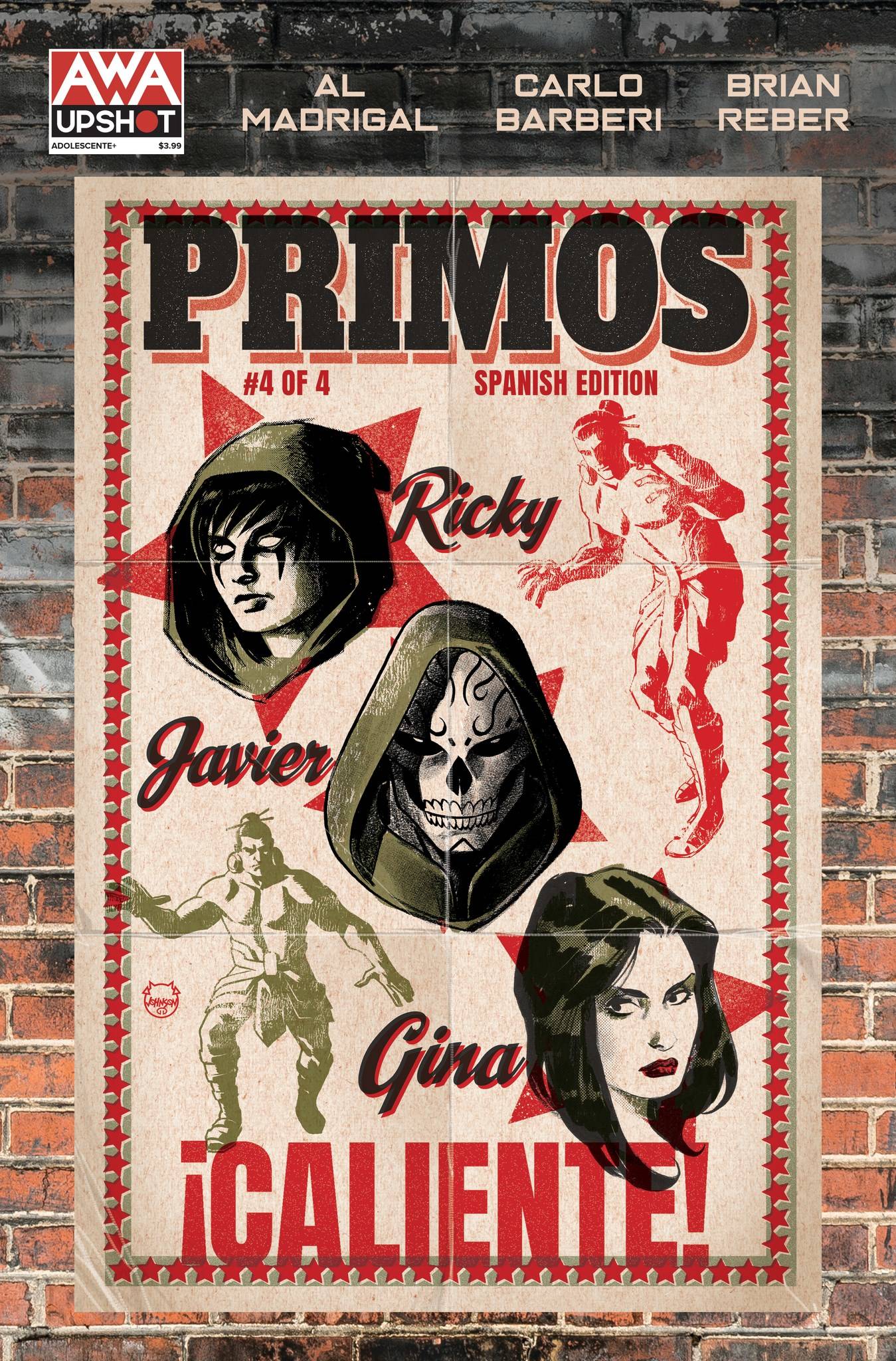 #
MAR221436
(W) Al Madrigal (A) Carlo Barberi, Brian Reber (CA) Dave Johnson
The ultimate Latinx heroes for the 21st Century are here! Centuries ago, two Mayan brothers constructed a spacecraft that sent them hurtling into outer space. Returned to Earth only to find their culture and civilization destroyed, one of the brothers vows revenge and seeks to decimate the planet with intergalactic technology gathered on his travels. To
prevent this, his sibling creates a contingency plan that activates the world's protectors - three descendants of their own family who have been granted great power. Now, the fate of the universe lies in the hands of three cousins scattered throughout Central and North America who have never even met. In this climactic issue, the Primos attempt to rescue
their respective siblings and save the world
In Shops: Jun 22, 2022
SRP: $3.99
View All Items In This Series
ORDER SUBSCRIBE WISH LIST