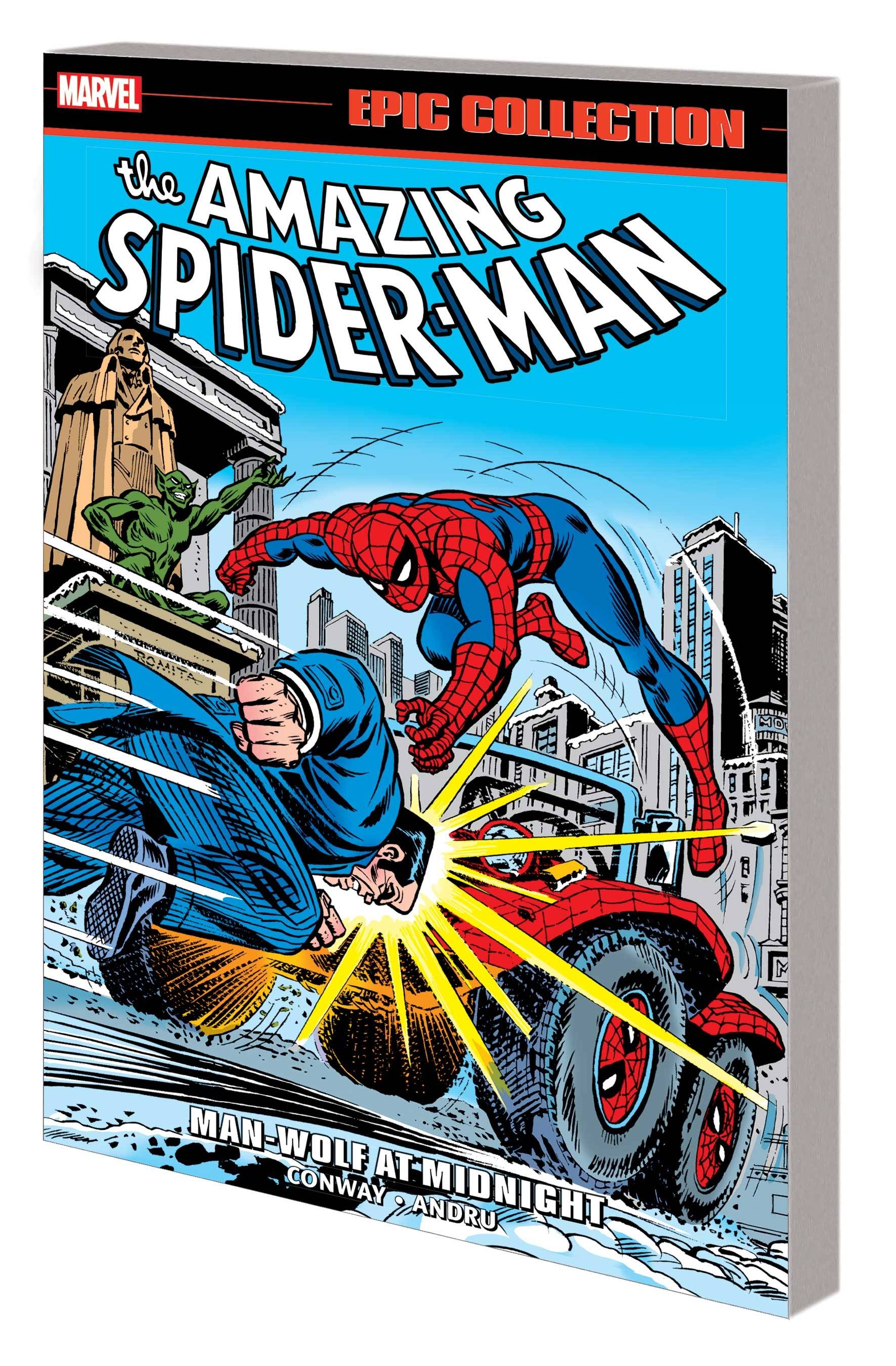 #
MAR221156
(W) Gerry Conway (A) Ross Andru, Various (CA) John Romita
There's no questioning it, Peter Parker has never had it easy. But when the Parker luck is in full effect, you know it means epic Spider-Man adventures! A new era of villains keeps the bad luck streak alive when Col. John Jameson is marked by the werewolf's curse - becoming the Man-Wolf! Meanwhile, Peter Parker's best friend, Harry Osborn, descends into madness, paranoia and a certain green costume! The Punisher raises the tension even higher in his first appearance, while the nefarious Jackal draws up schemes that will forever change the web-slinger's life! Also featuring the introduction of the hilarious Human Torch-built Spider-Mobile, the shocking wedding of Aunt May and Doctor Octopus, the Tarantula, Mysterio and more! Collecting
AMAZING SPIDER-MAN (1963) #124-142 and GIANT-SIZE SUPER-HEROES #1.
Rated T
In Shops: Jul 20, 2022
SRP: $39.99
ORDER WISH LIST