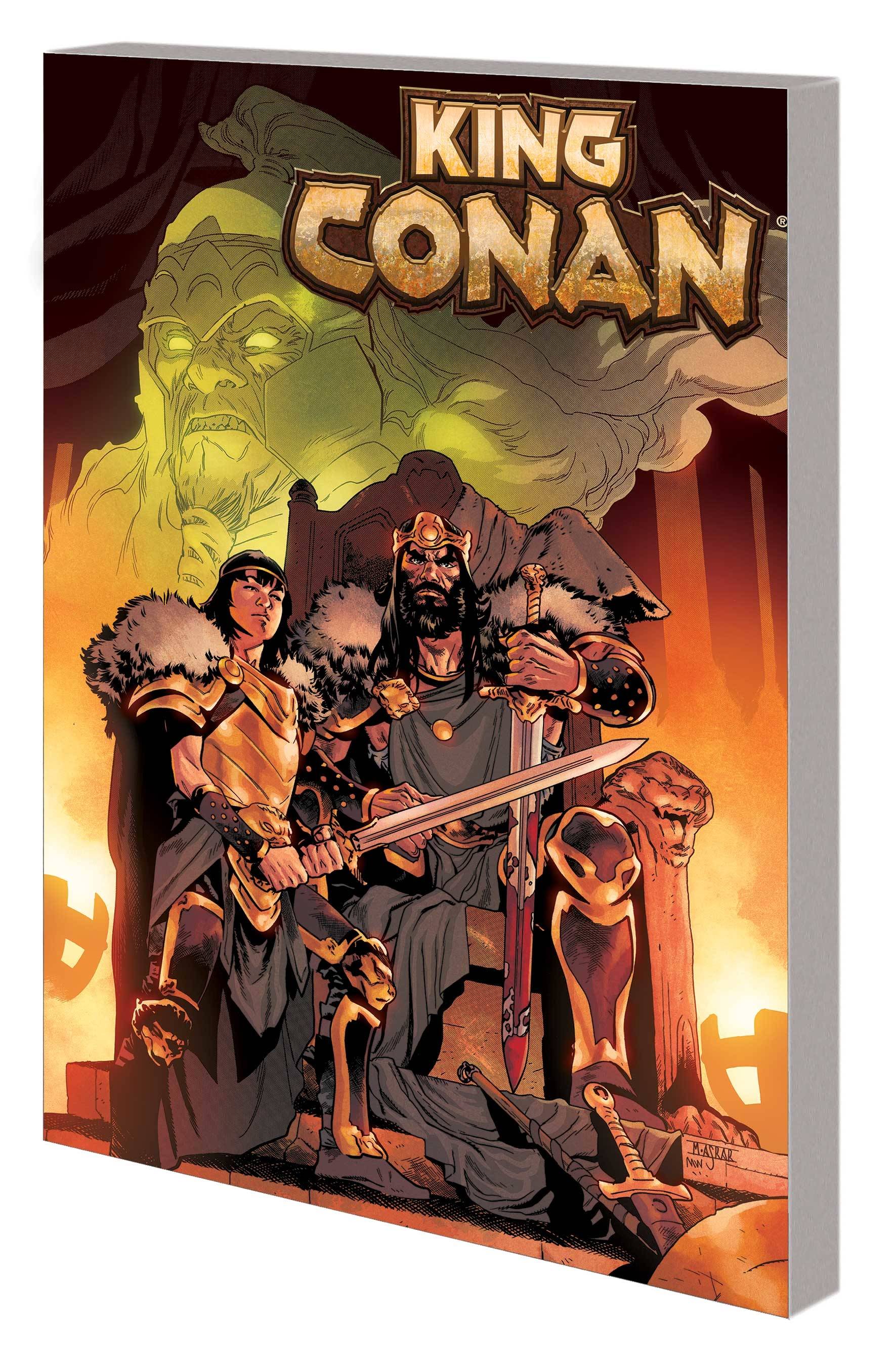 #
MAR221141
(W) Jason Aaron (A/CA) Mahmud Asrar
An old and terrible danger threatens to end King Conan's saga once and for all! Jason Aaron and Mahmud Asrar return to the saga of Conan - and together they take the Cimmerian futher than has ever been revealed in any media to date! As Robert E. Howard posited, when King Conan of Aquilonia grows restless on the throne, he sails west, toward land and adventure unknown. Now, see the first step of that fateful journey! When an unholy alliance is forged and fallen warriors rise to fight again, will Conan finally be forced to succumb to the lure of cursed sorcery? And what of his son, Prince Conn, and the kingdom of Aquilonia left behind? Prepare for the adventure of a lifetime, the end of an era and the final stand against Thoth-Amon! Collecting KING CONAN (2021)
#1-6.
Parental Advisory
In Shops: Aug 24, 2022
SRP: $17.99
ORDER WISH LIST