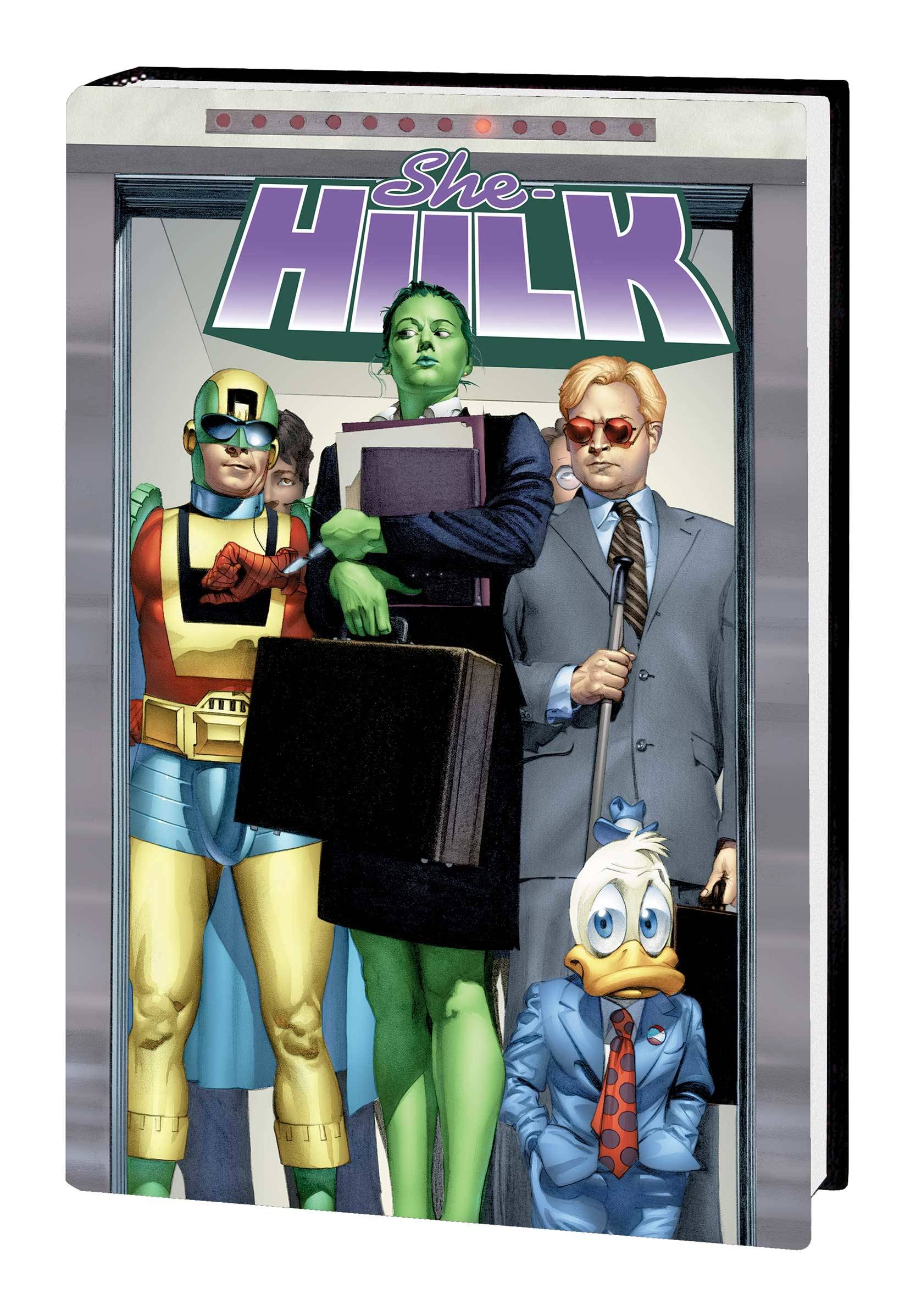 #
MAR221135
(W) Dan Slott, Ty Templeton (A) Various, Juan Bobillo (CA) Mike Mayhew
Before he became a superstar on AMAZING SPIDER-MAN, Dan Slott delighted readers with his sensational SHE-HULK run! Jennifer Walters is a gammapowered Green Goliath just like her Hulkish cousin, but her home is in the courtroom - where she takes on some of the Marvel Universe's wildest cases, litigating alongside coworkers like reformed android Awesome Andy and researching old Marvel comics to set legal precedents. Could She-Hulk's career get any stranger? Sure - when she's summoned to outer space to practice Universal Law for the Living Tribunal or pulled out of the timeline by the Time Variance Authority! But when the Superhuman Registration Act leads to a civil war, whose side will She-Hulk argue? Plus: all-out smackdowns against Titania, the Champion and an A-Z of the Hulk's enemies! Collecting SHE-HULK (2004) #1-12, SHE-HULK (2005) #1-21 and MARVEL WESTERNS: TWO-GUN KID.
824 PGS./Rated T+
In Shops: Dec 07, 2022
SRP: $100.00
ORDER WISH LIST