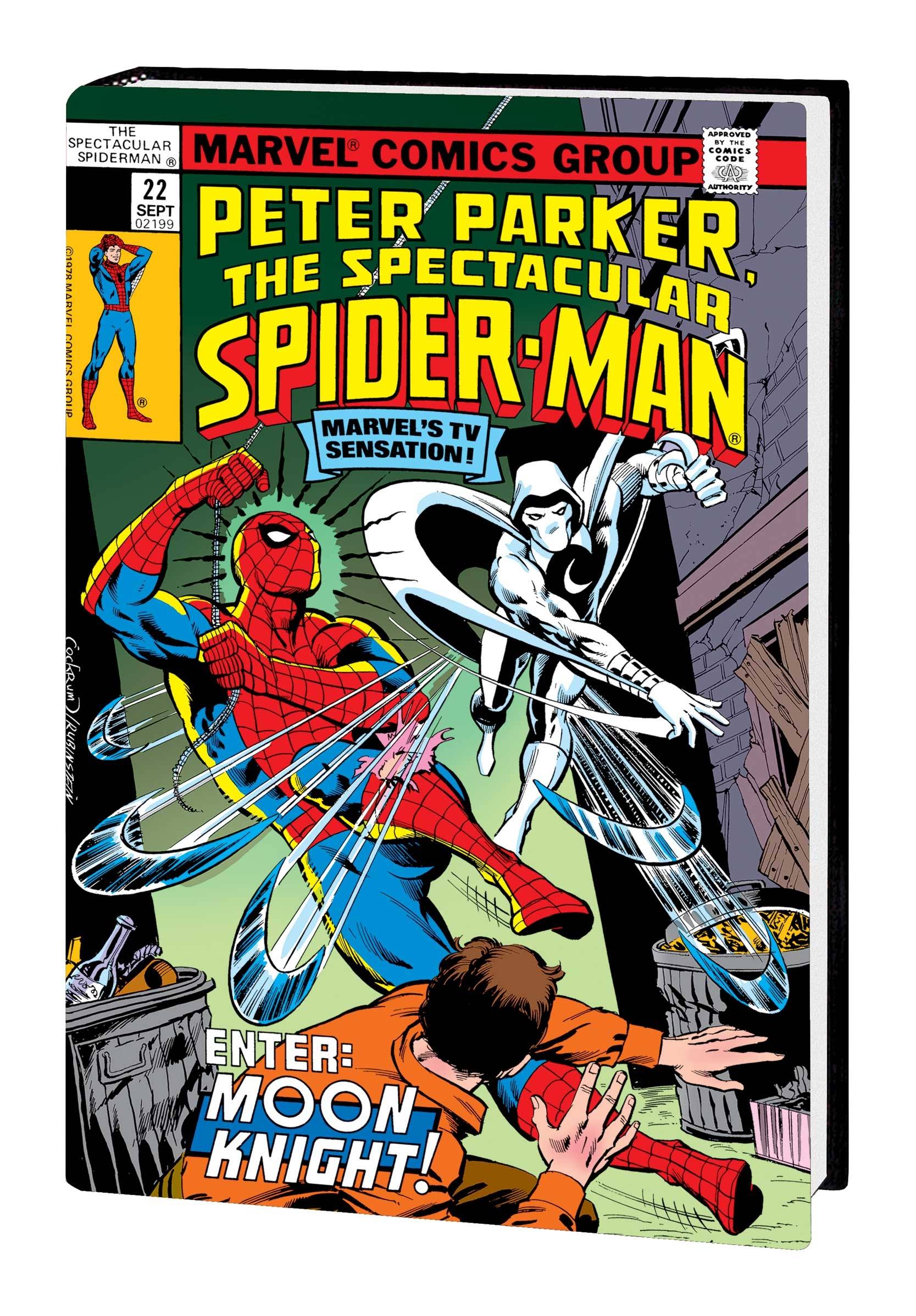 #
MAR221127
(W) Bill Mantlo, Various (A) Sal Buscema, Various (CA) Dave Cockrum
In honor of 60 years of Spider-Man, the web-slinger's second solo series gets the Omnibus treatment! SPECTACULAR SPIDER-MAN not only increased the opportunities for Spidey action, it provided a platform to expand upon and explore the world of Peter Parker and his incomparable cast: J. Jonah Jameson, Mary Jane Watson, Flash Thompson and the gang! Of course, there was no shortage of villains - including the Vulture, the Lizard and Doc Ock! SPECTACULAR was also home to Frank Miller's first Daredevil artwork - part of a sprawling saga featuring Carrion, the mysterious rotting horror with hidden ties to Peter Parker's past and a violent desire to punish him for the death of Gwen Stacy! Painstakingly restored, this is an Omnibus for the ages! Collecting SPECTACULAR SPIDER-MAN (1976) #1-42 and ANNUAL #1, AMAZING SPIDER-MAN ANNUAL (1964) #13 and FANTASTIC FOUR (1961) #218.
Rated T
In Shops: Nov 23, 2022
SRP: $125.00
View All Items In This Series
ORDER SUBSCRIBE WISH LIST