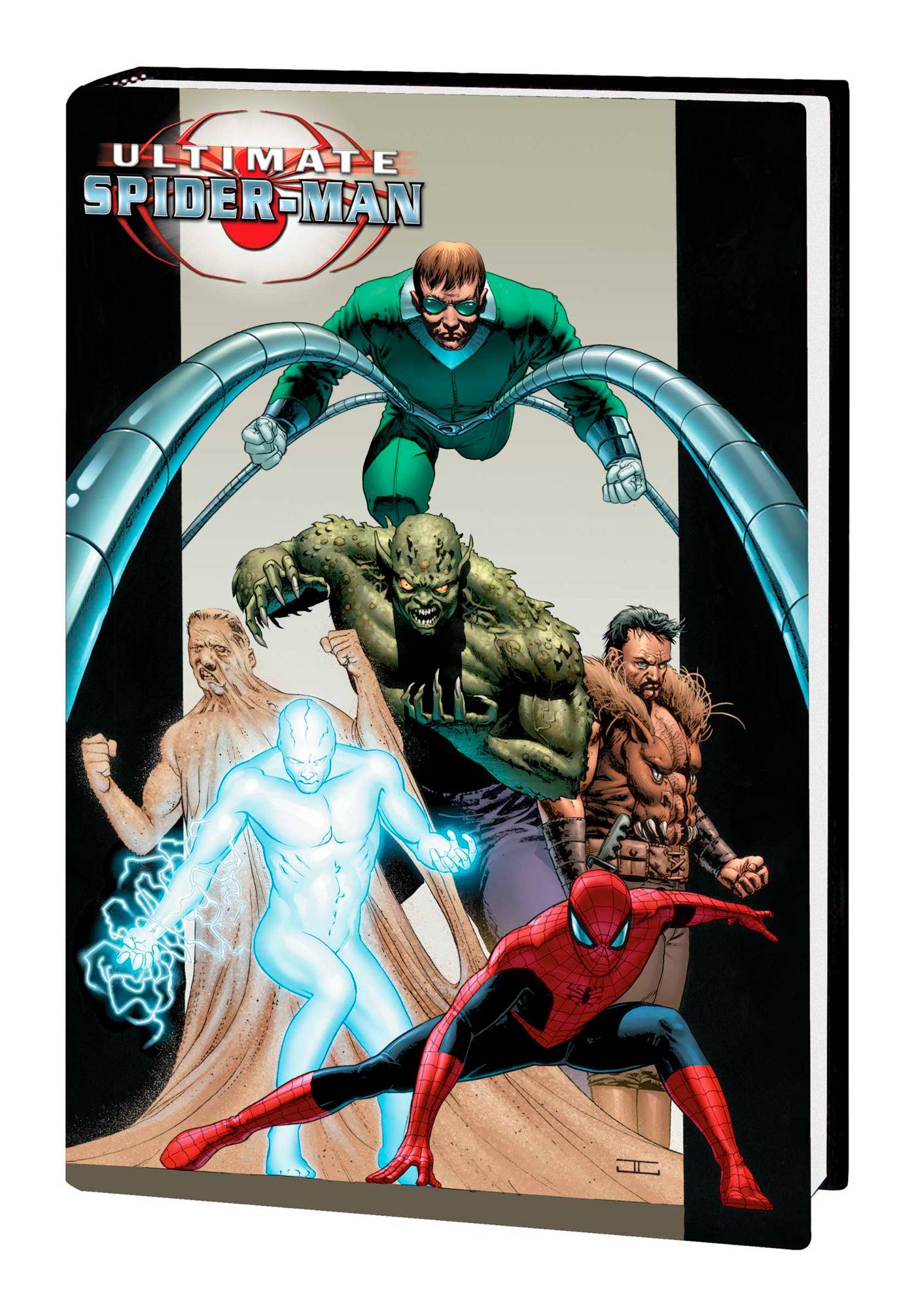 #
MAR221125
(W) Brian Michael Bendis (A) Mark Bagley, Joe Quesada, Trevor Hairsine (CA) John Cassaday
Brian Michael Bendis and Mark Bagley continue their sensational, 21st century reimagining of the world's greatest super hero! As life gets ever more complicated for Peter Parker, Spider-Man faces off against an explosive new teenage villain, has another run-in with the infamous Kingpin of Crime and meets the Black Cat - a jewel thief who will complicate Spidey's career and Peter's love life! But nothing can prepare him for the moment that the Green Goblin, Doctor Octopus, Electro, Kraven the Hunter and Sandman unite. That's five of Spider-Man's deadliest foes - so who will be the final member of the Ultimate Six?! Plus: Peter goes Hollywood for Spider-Man: The Movie! Spidey teams up with Wolverine and the Human Torch! And prepare for the Ultimate Universe's shocking version of Carnage! Collecting ULTIMATE SPIDER-MAN (2000) #40-71 and ULTIMATE SIX #1-7.
Rated T
In Shops: Jan 18, 2023
SRP: $125.00
View All Items In This Series
ORDER SUBSCRIBE WISH LIST