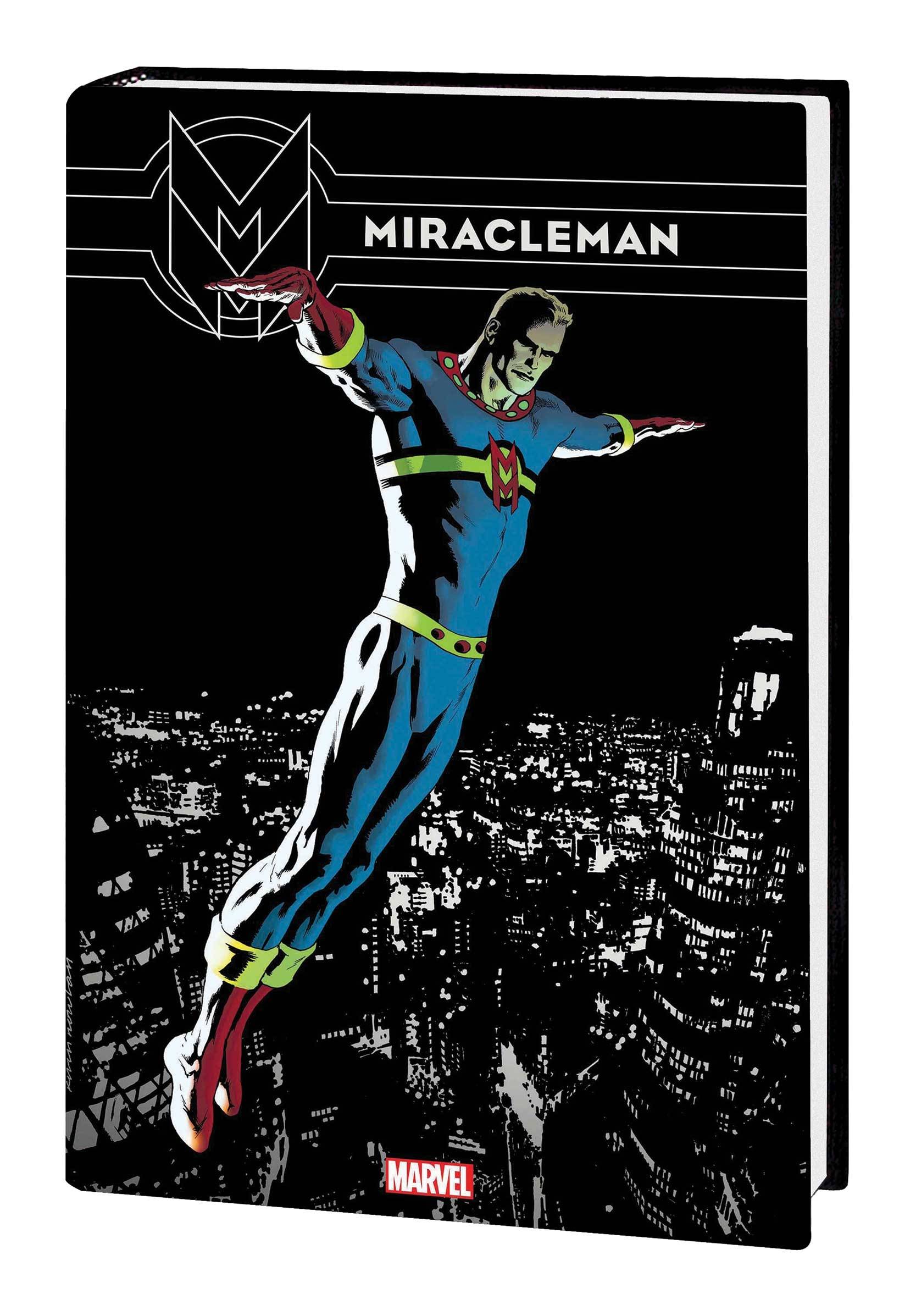 #
MAR221117
(W) Mick Anglo, Various (A) Garry Leach, Various (CA) Kevin Nowlan
Middle-aged reporter Michael Moran always knew he was meant for something more. When an unexpected series of events leads him to reclaim his destiny, Miracleman is reborn. But Miracleman's return threatens to unravel Moran's life. Their connections to Dr. Emil Gargunza and Project Zarathustra bring with them disturbing revelations and trigger the return of a childhood friend who, beneath his sinister smile, has become something terrifying. Pushing the concept of the super hero to its logical conclusion, MIRACLEMAN is nothing short of a revelation. The series reinvented the super hero and 40 years later stands as one of the influential works in the comic book artform. This first-ever Omnibus edition collects MIRACLEMAN BOOKS ONE through THREE, complete with a massive trove of covers, original artwork and rare features. Collecting MIRACLEMAN (1985) #1, #3 and #6-16; MARVELMAN SPECIAL #1 and material from A1 (1989) #1 and WARRIOR #1-18 and #20-21 [as presented in Miracleman (2014) #1-16] - plus ALL-NEW MIRACLEMAN ANNUAL #1.
MATURE