HOUSE OF SLAUGHTER #6 CVR A ALBUQUERQUE 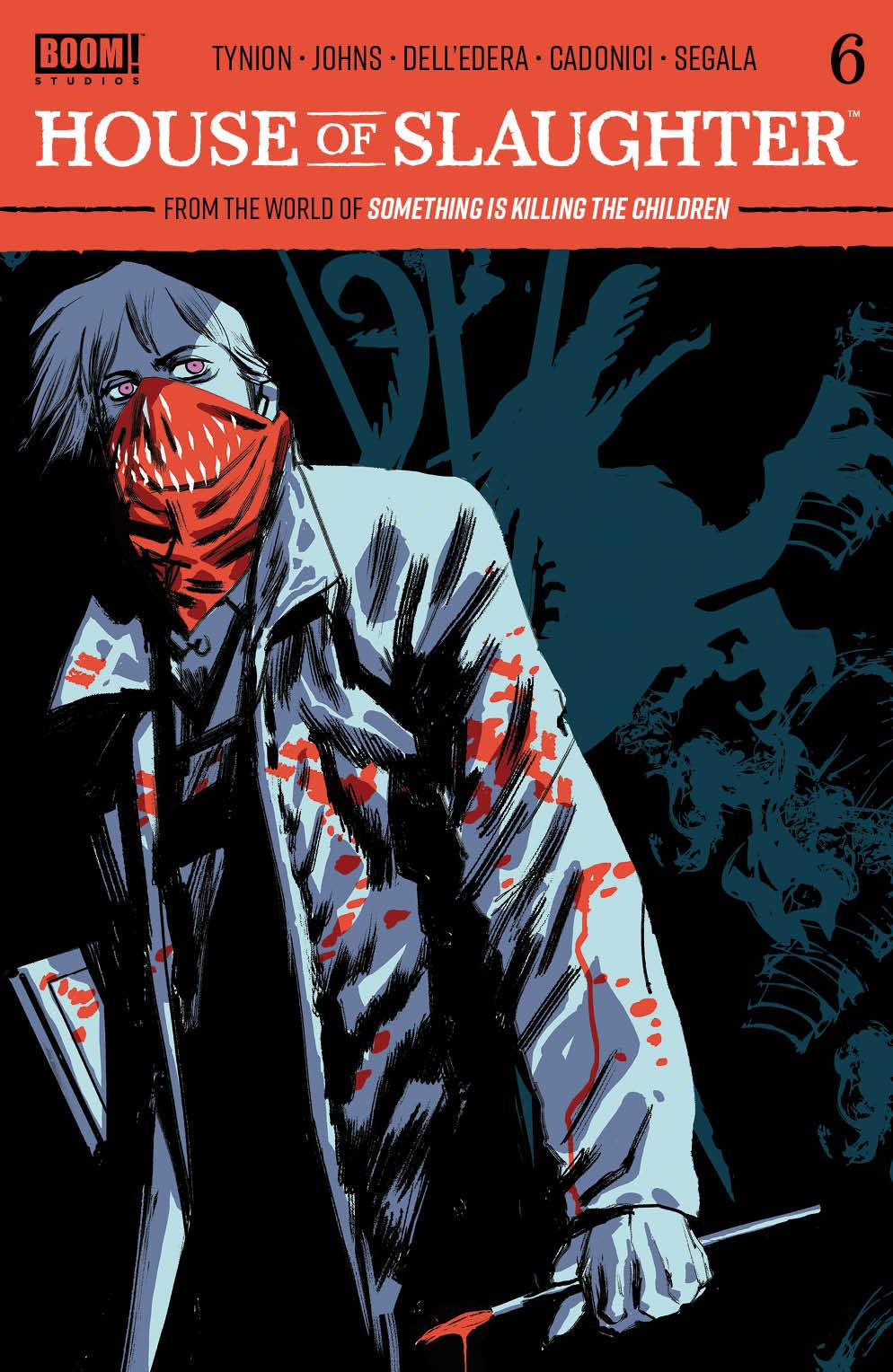 #
MAR220785
(W) James TynionIV, Sam Johns (A) Werther Dell'Edera, Letizia Cadonici (CA) Rafael Albuquerque
Edwin Slaughter is one of the Scarlet Masks,  the secret bookkeepers of the Order of St. George. He's enamored with stories of ancient hunters, as well as those in his midst.

He only gets to write the stories and never live them himself though. That is, until what starts out as standard reconnaissance for the Order turns Edwin's world upside down. There's a legendary monster in America, one long thought extinct...

It's taken the lives of countless children, bringing Edwin into the field for the first time... and into real danger.

Along with a new story arc comes a new creative team! Acclaimed writer Sam Johns of Punchline and The Joker fame joins James Tynion IV as co-writer, and up-and-coming artist Letizia Cadonici makes her highly-anticipated American comics debut, joined by series veteran Werther Dell'Edera as co-artist!
In Shops: May 18, 2022
SRP: $3.99
View All Items In This Series