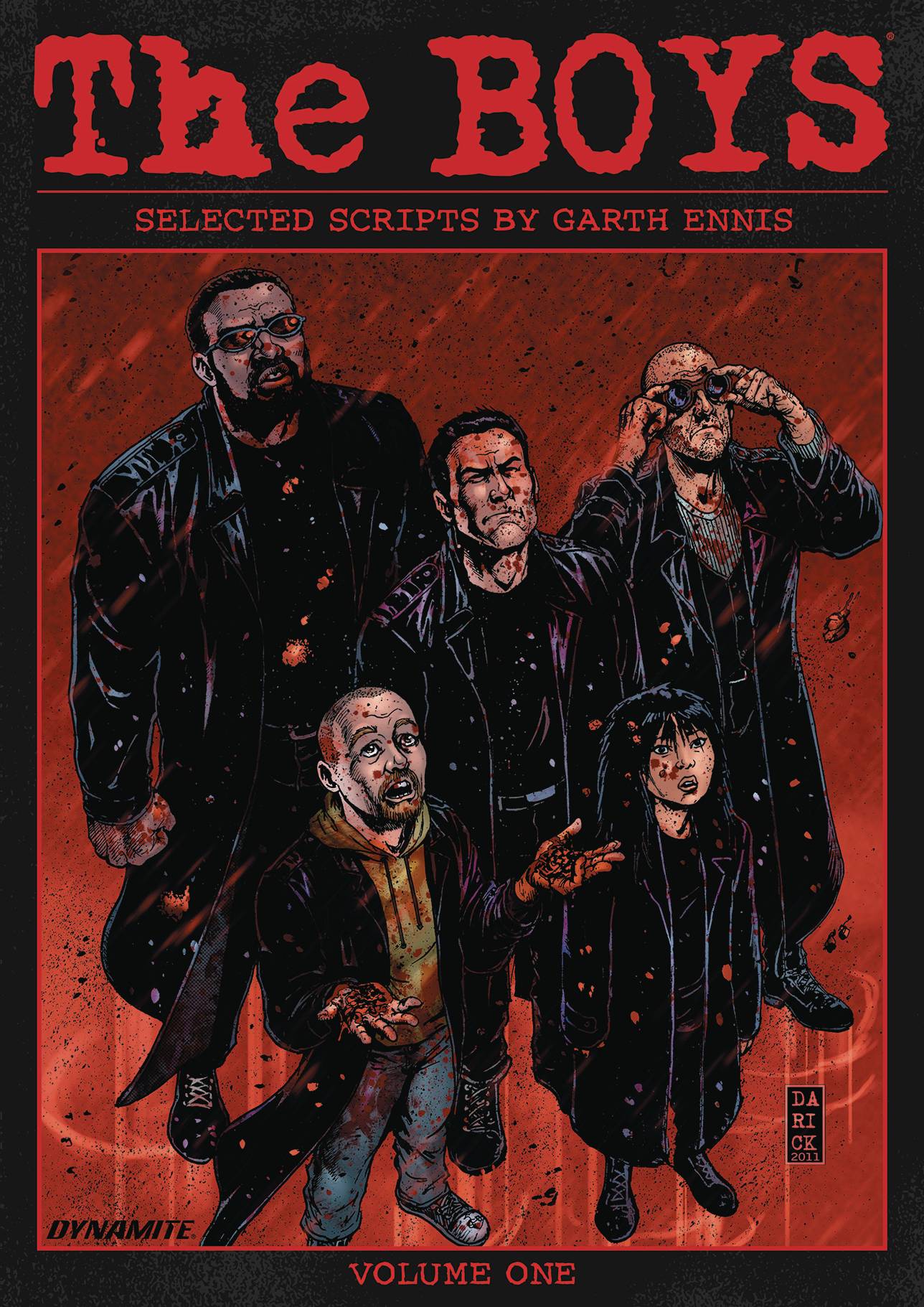 #
MAR220614
(W) Garth Ennis (A) John McCrea, Russell Braun, Various (A/CA) Darick Robertson
"Fifteen years ago The Boys came out of nowhere- and the world of comics was changed forever. To celebrate the 15 year anniversary of this smash-hit series, Dynamite offers a rare look inside the creative process, featuring a selection of scripts by series creator Garth Ennis, along with the accompanying art of The Boys co-creator Darick Robertson (also featuring the art of Russ Braun, Keith Burns and John McCrea).

Included here are the scripts to issues #1, #21, #38, #47, #53, and # 65, along with these miniseries issues: Butcher #5 and Dear Becky #1. Each script features the accompanying art for a one-of-a-kind look into the creative process of comics and graphic novel storytelling.

Garth Ennis has been writing comics since 1989. His credits include Preacher, The Boys, Crossed and Hitman, along with successful runs on The Punisher and Fury for Marvel Comics. He is particularly known for his war comics, including Battlefields, War Stories, The Stringbags and Out of the Blue, as well a s a revival of the classic British series Johnny Red. Originally from Northern Ireland, Ennis now lives in New York City with his wife, Ruth.
"
In Shops: Jul 13, 2022
SRP: $24.99
View All Items In This Series
ORDER SUBSCRIBE WISH LIST