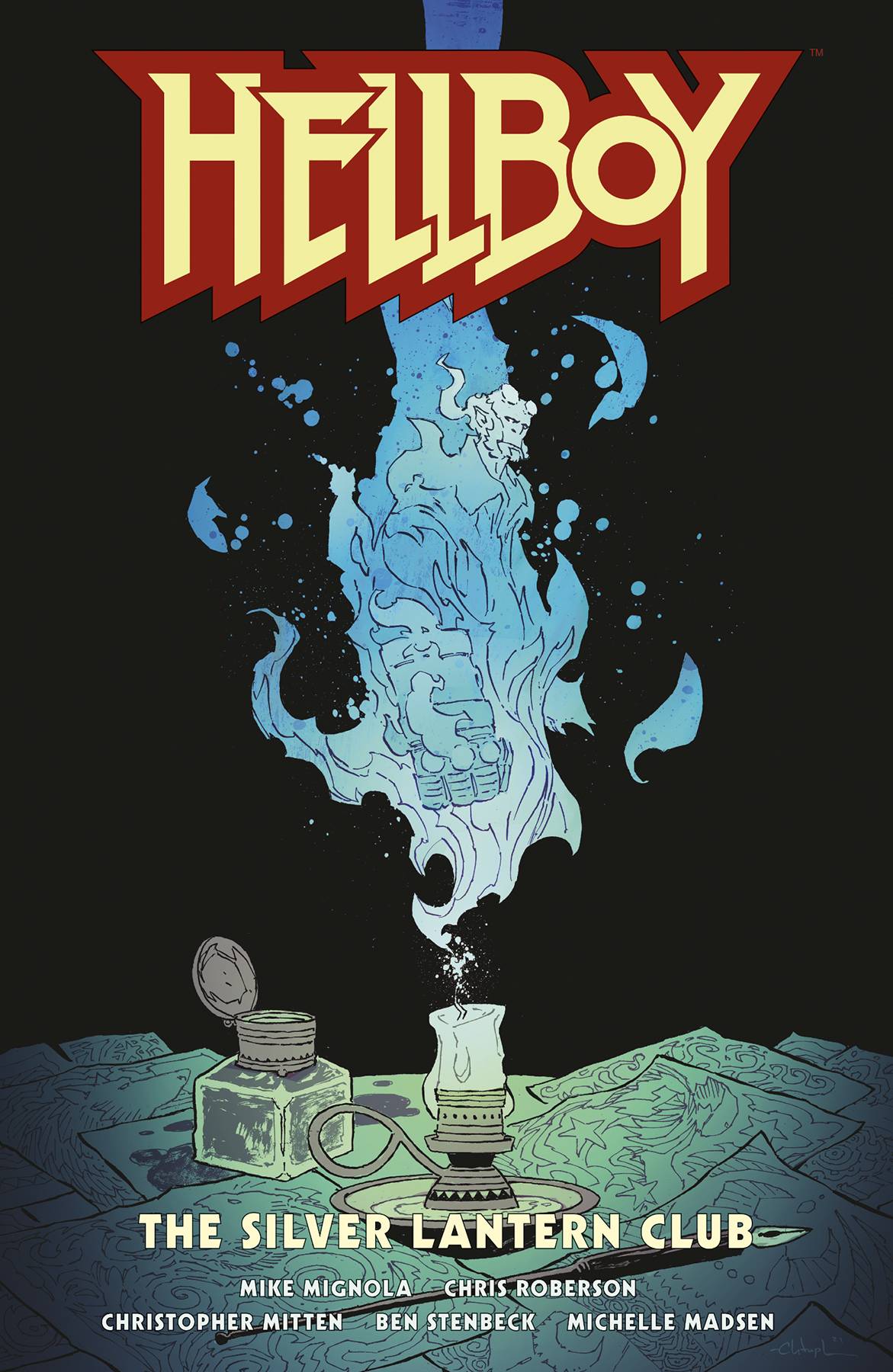 #
MAR220346
(W) Mike Mignola, Chris Roberson (A) Ben Stenbeck (A/CA) Christopher Mitten
Hellboy learns firsthand about the history of the famed Silver Lantern Club! His uncle and former member Simon Bruttenholm relates tales from his time with the Silver Lantern Club, which included Sir Edward Grey, Sarah Jewell, Lady Bai, and Major Singh, as they investigated the mysterious happenings in London near the end of the 19th century!

Mike Mignola and Chris Roberson expand the Hellboy universe with a new tale of strange spiritual happenings. They're joined by artists Ben Stenbeck and Christopher Mitten, with colors by Michelle Madsen. Collects the five-issue miniseries.