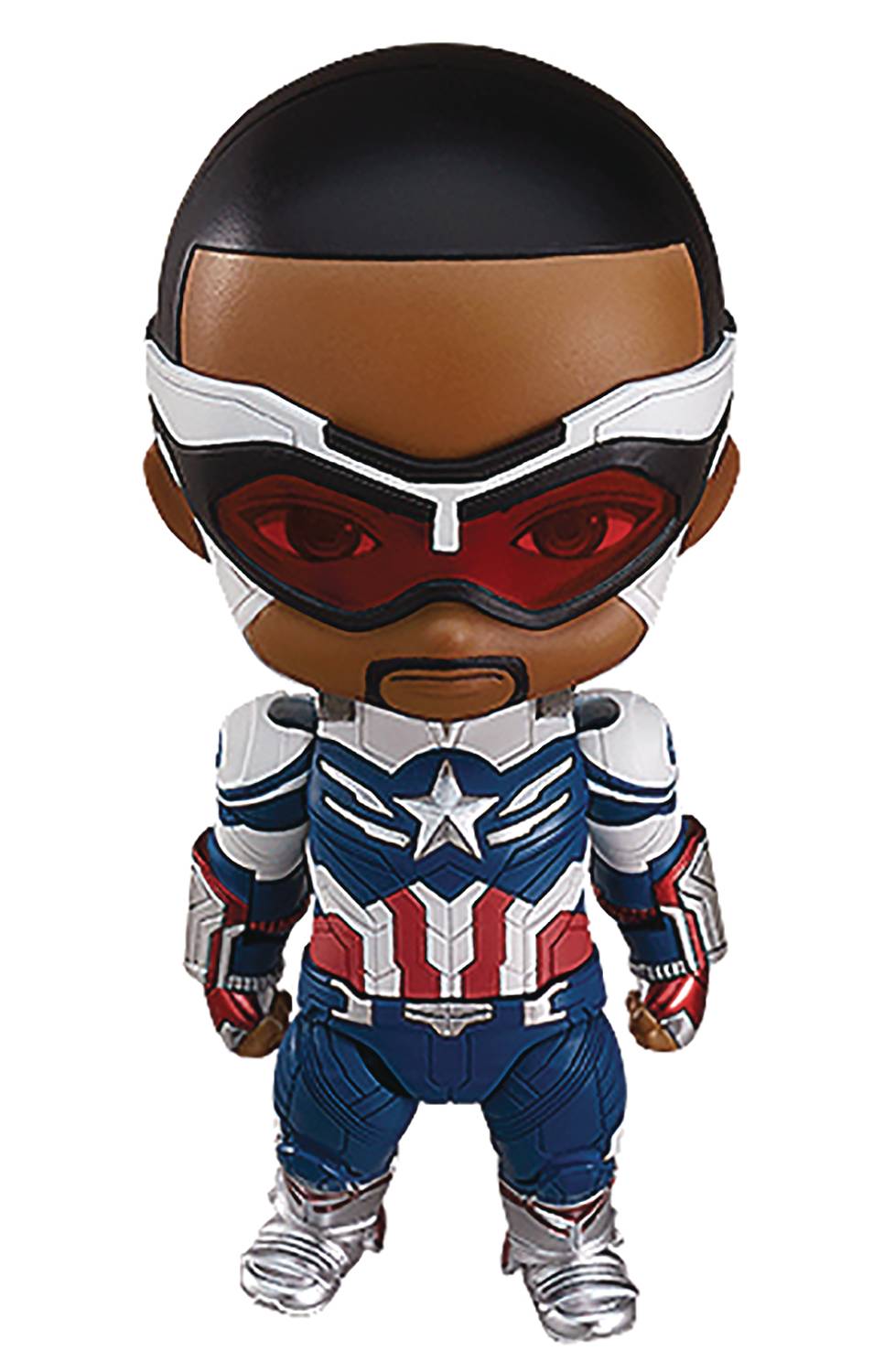 # # # # # # # #
MAR219395
From Good Smile Company. From The Falcon and The Winter Soldier comes a Nendoroid of Captain America (Sam Wilson)! His newly designed costume has been carefully recreated, with small detailed like the logos on his shoulders captured in detail. The goggles have been made with translucent parts, allowing you to clearly see Sam's expression with them on. The wings on his back are detachable, and the figure itself is fully articulated, allowing you to recreate all kinds of action-packed poses. The DX version also comes with an interchangeable combat expression face plate a shield with bullet ricochet effects on it for recreating combat scenes. A special effect sheet for displaying him throwing his shield is included as well.