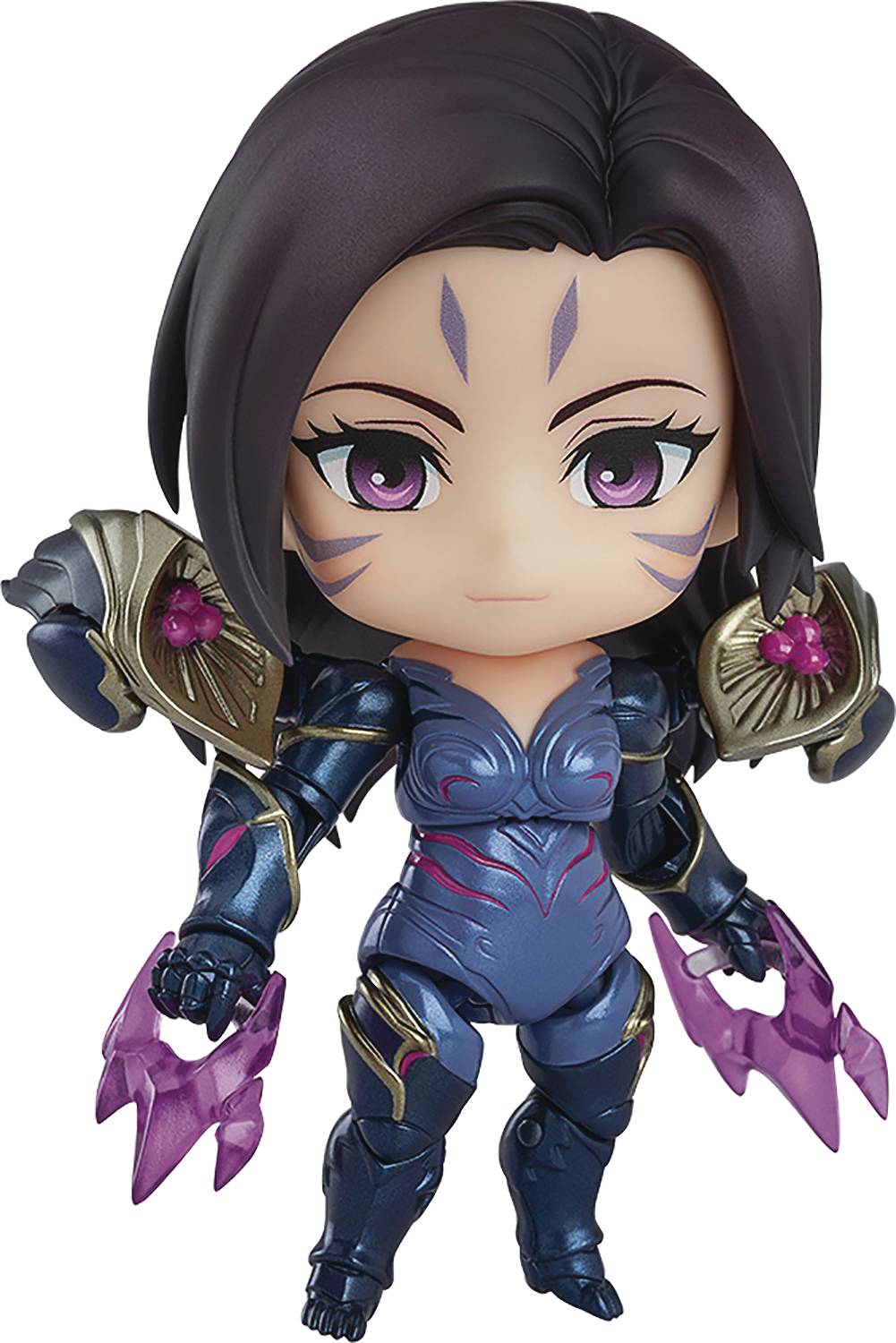 # # # # #
MAR218860
From Good Smile Arts Shanghai. From the globally popular game League of Legends comes a Nendoroid of Kai'Sa, Daughter of the Void! She comes with two face plates-a standard expression and a combat expression-along with her Void mask. Optional parts include two crystallized Void weapons and her Void shoulder pods. Additional parts are included to display her shoulder pods either retracted or deployed, allowing you to capture poses of Kai'Sa using her abilities! She also comes with an effect part for recreating her ultimate ability! Kai'Sa's second skin is fully articulated, making it easy to create all kinds of poses from the game in Nendoroid form.