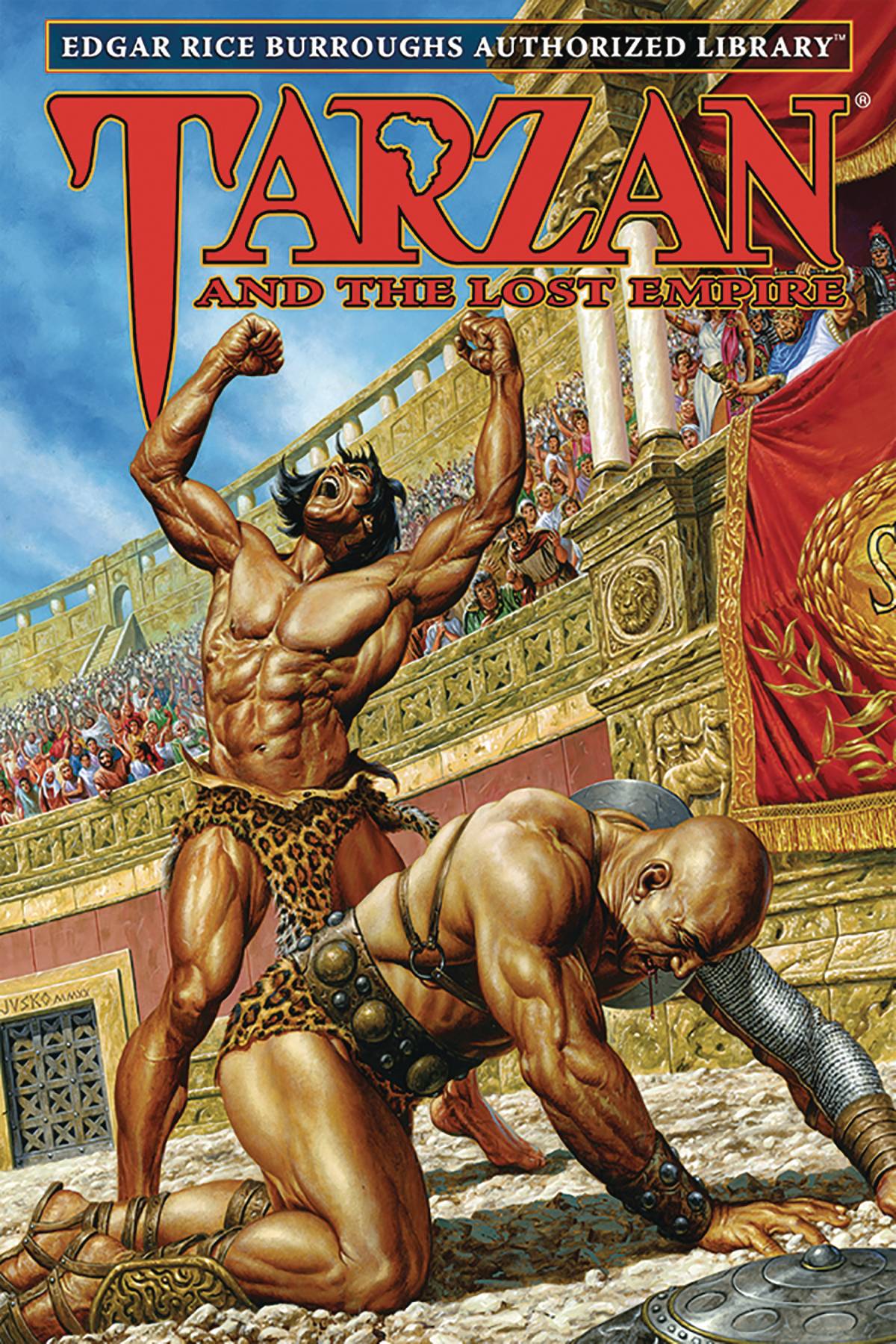 Somewhere in the heart of Africa, a young archaeologist disappeared in the remote jungle mountains-Erich von Harben, son of an old missionary friend of Tarzan of the Apes. Now the ape-man seeks to rescue the lost scholar. The trail leads to a mysterious valley where Tarzan discovers two surviving outposts of ancient Rome, virtually unchanged by time. And there, Tarzan is thrust into the bloody gladiatorial arena, doomed to face every peril the cruel and corrupt emperor of Castra Sanguinarius can devise to ensure the ape-man's death. Miles away in Castrum Mare, Erich von Harben also awaits execution upon the sands of another tyrant's arena, destined to die before he can pledge his heart to the fair Favonia, daughter of one of the emperor's favored patricians.

For the first time ever, the Edgar Rice Burroughs Authorized Library presents the complete literary works of the Master of Adventure in handsome uniform editions. Published by the company founded by Burroughs himself in 1923, each volume of the Authorized Library is packed with extras and rarities not to be found in any other edition. From cover art and frontispieces by legendary artist Joe Jusko to forewords and afterwords by today's authorities and luminaries to a treasure trove of bonus materials mined from the company's extensive archives in Tarzana, California, the Edgar Rice Burroughs Authorized Library will take you on a journey of wonder and imagination you will never forget.
In Shops: Jun 23, 2021
SRP: $29.95
View All Items In This Series