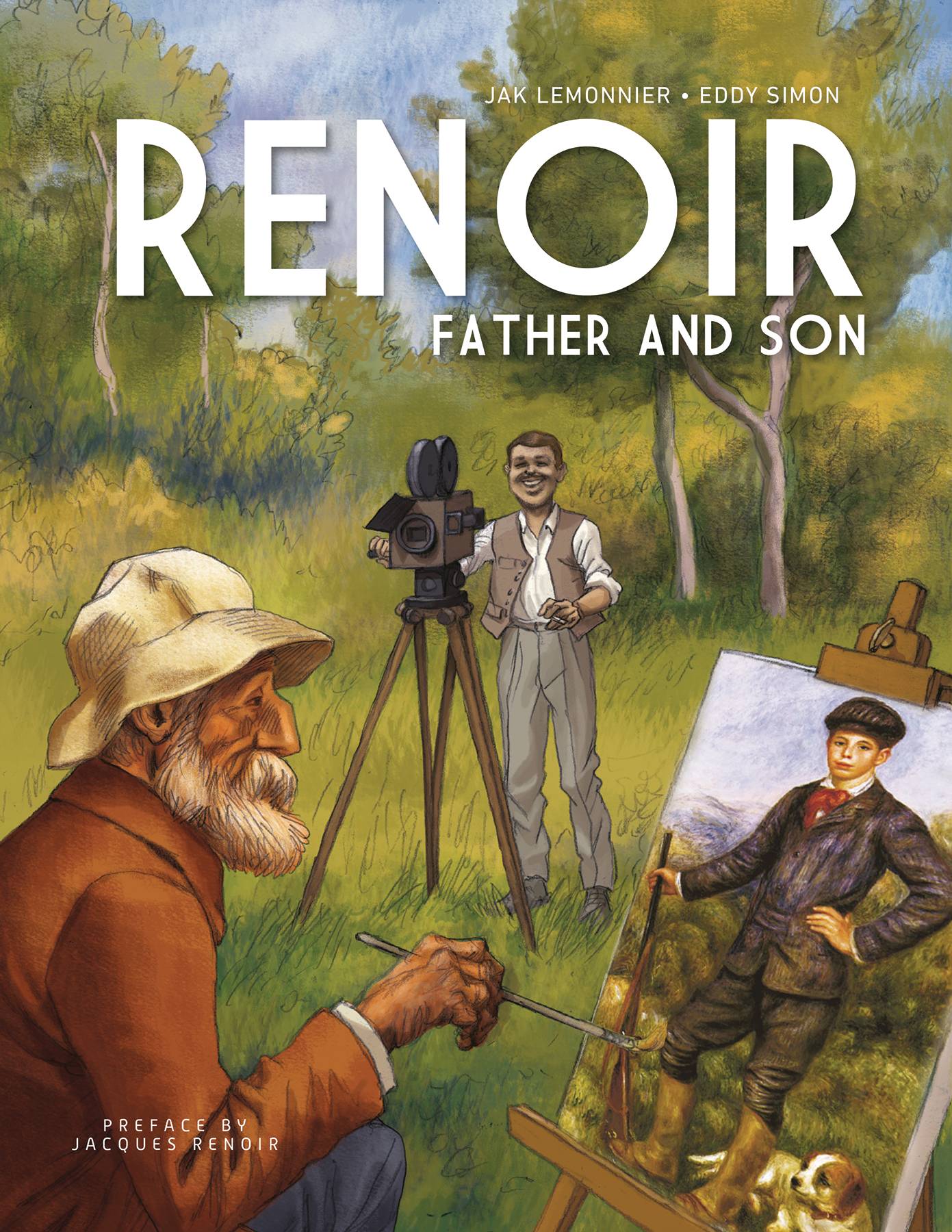 #
MAR211495
(W) Eddy Simon (A) Jak Lemonnier
Art is a family matter for the Renoirs. The path is carved by Pierre-Auguste, the painter who along with Monet, Cézanne, Degas was at the origin of the impressionist movement and continues with Jean, the poetic avant-garde filmmaker. Indisputably one of the masters of French painting of the 19th century, Pierre-Auguste fathered one of the greatest cineastes of the twentieth century in Jean Renoir. Behind their art, there is also the story of the filiation between an old man who is slowly losing his strength and a young man seeking to make his own mark.
In Shops: Apr 28, 2021
SRP: $25.95