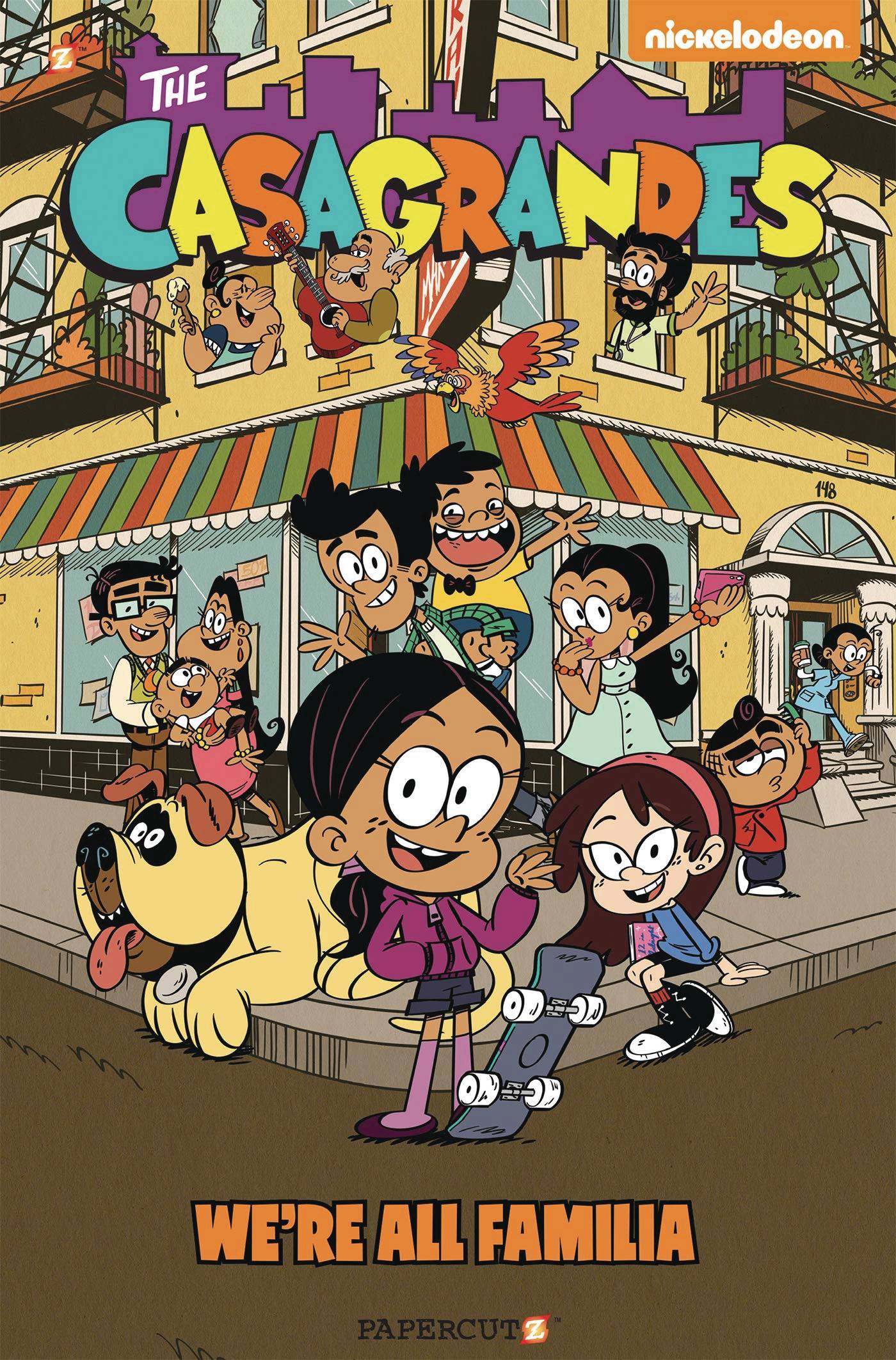 #
MAR211464
(W) Loud House Creative Team (A) Loud House Creative Team
The Casagrande's explode out of their house and into their own graphic novel!
When Lincoln Loud's close friend Ronnie Anne and her brother Bobby Santiago moved
away from Royal Oaks to the Big City, they had no idea that they were about to start
an exciting new chapter in their lives, while living in an apartment above their
abuelo's Mercado. Together with their mom, Maria, they are adapting from going to a
family of three in Royal Oaks to living with their whole extended family, headed by
the kids' abuelos, Hector and Rosa, in the big city. Now, The Casagrandes are starring
in their own popular animated series on Nickelodeon! Collecting The Casagrandes's
greatest comic stories from the hit The Loud House graphic novel series. Featuring
stories from the creative team of the hit Nickelodeon shows The Loud House and The
Casagrandes!
In Shops: May 19, 2021
SRP: $12.99
View All Items In This Series
ORDER SUBSCRIBE WISH LIST