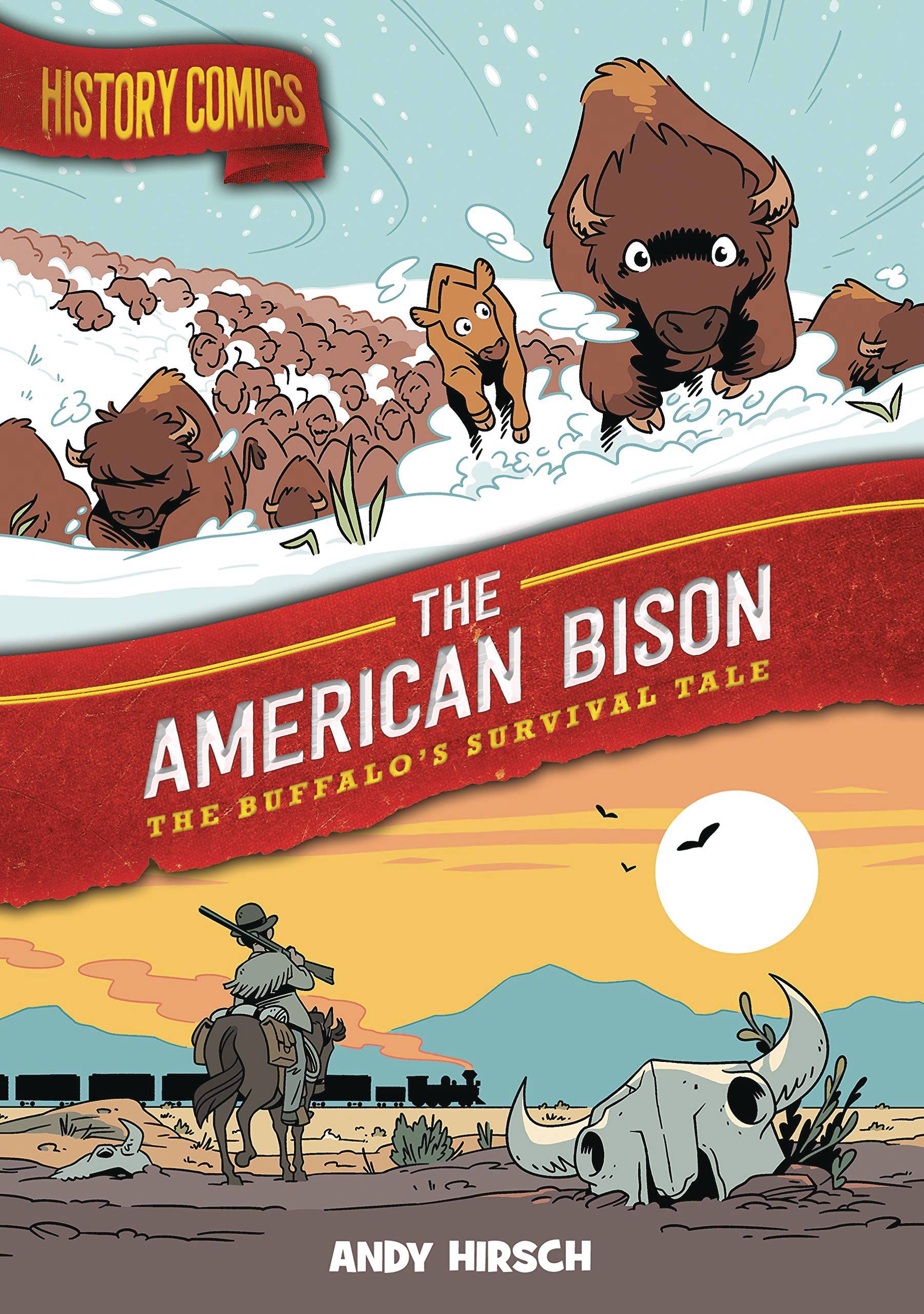 #
MAR211304
(W) Andy Hirsch (A) Andy Hirsch
Turn back the clock with History Comics, First Second's new middle-grade nonfiction
graphic novel series! In this volume, learn how millions of bison once roamed the
American prairie-until they were nearly driven to extinction.

Following the success of Science Comics, First Second is launching a new nonfiction
series: History Comics! These page-turning and gorgeously illustrated graphic novels
allow you to experience history like never before! Fight for equality in the
Montgomery Bus Boycott, train with the first civilian selected for a mission to space,
help spark a rebellion at the Stonewall Riot, and so much more!

Turn back the clock to the early 18th century, when the American prairies shook
under the hooves of nearly 30 million bison. Fast as a horse, tall as a person, and
heavier than both combined, they roamed from coast to coast. A century later, people
struggled to find a single one left alive. How did the great herds disappear, and what
will it take to bring them back?
In Shops: Jul 21, 2021
SRP: $19.99
ORDER WISH LIST